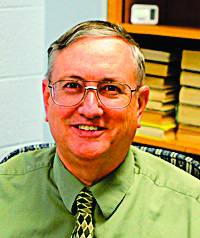 Library offers books about love, friendship and a church massacre

Ella is a young woman who works as a caregiver in Say Say Say by Lila Savage. Her new client is younger than her typical one. Only 60 years old, Jill is brain damaged from a car accident over a decade earlier. She cant hold a coherent conversation or care for herself. Jills husband Bryn hires Ella to give himself a reprieve. He still fiercely loves his wife while grieving for the woman she used to be. Ellas observation of their marriage affects her profoundly, changing her conception of love and duty. This is Savages first book, but based on the reception this book is receiving we may be hearing a lot more of her in the years ahead.

In The Dead Girl in 2A, a thriller by Carter Wilson, Jake Buchanans life is trending downward. Hes suffering from memory loss, as well as guilt from the accident which injured his daughter and ended his marriage. On a plane trip to Denver to undertake a ghostwriting job he hope will start to turn his fortunes around, he finds himself sitting beside Clara Stowe. They both are certain they have met before, but cant identify how. The only things they have in common are being orphaned young and unable to remember their childhood except for a murder scene. Clara reveals she has come to the mountains in order to kill herself and disappears into the airport crowd. The encounter plunges Jake into trying to find more about their shared past, and how they came to be seated together on the plane.

Turning from the thrilling to the charming, Evvie Drake Starts Over by Linda Holmes features a young widow and a former major league pitcher who has lost his pitching ability. Evvie isnt that sad about being a widow; she was packing to leave her husband when she got the call about his accident. Dean Tenney, the pitcher, rents a room from Evvie when he comes to her small Maine town to retreat from the media attention focused on him. They agree not to talk about her marriage or his baseball career. They find themselves enjoying their new friendship, and maybe more.