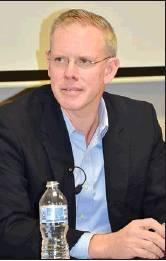 RealClearPolitics, a site that aggregates polls, has removed the 2nd District race from the leans Republican category and is now calling it a tossup. And the group Public Policy Polling shows the centrist-Democrat Davis with a slim lead over a generic Republican candidate.

And generic may actually be a loving description of the field, confess even some Republicans. The Kansas City Star cited an anonymous GOP consultant, who called the candidates running in the eastern Kansas district  who include state Sen. Steve Fitzgerald of Leavenworth and state Sen. Caryn Tyson of Parker  maybe the weakest field in a Republican seat that you will ever find.