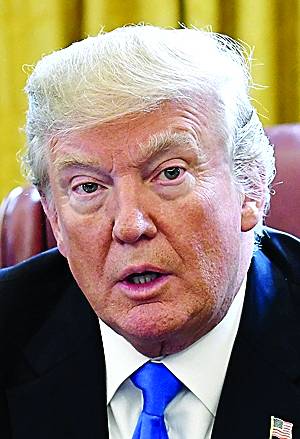 WASHINGTON (AP)  In a rare confrontation, Republican senators are declaring deep opposition to President Donald Trumps threatened tariffs on all goods coming into the U.S. from Mexico. But its unclear they have the votes to stop him, and Trump said theyd be foolish to try.

All sides, including officials from Mexico meeting with Trump negotiators in Washington this week, remain hopeful that high-level talks will ease the president away from his threat. But with the tariffs set to start next Monday  and Trump declaring them more likely than not to take effect  fellow Republicans in Congress warned the White House they are ready to stand up to the president.

The public split and looming standoff over 5% tariffs on all goods imported from Mexico revealed a fundamental divergence in values between the president and his party. Trump uses tariffs as leverage to get what he wants, in this case to force Mexico to do more to halt illegal immigration. For Republicans, tariffs are counter to firmly rooted orthodoxy and viewed as nothing more than taxes they strenuously oppose.