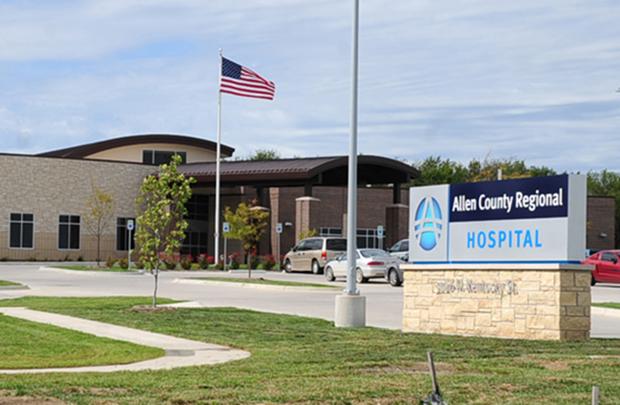 Hospital: Board to keep control

The Allen County community fought too hard to regain control of its hospital to go back to a  lease, Allen County Regional Hospital board of trustees chairman Patti Boyd said at a meeting Tuesday evening.
What we are doing so far has not failed, Boyd said of the hospitals switch from a lease to a management arrangement in 2013. So far, were doing good. Were doing what the people wanted us to do and you cant always say that about what you do in public life.
A task force is studying future management of the hospital and members said they want to study all options, including whether to return to a lease arrangement. The hospital operated under a lease from 1981 to 2013, when it built a new facility and switched to a management contract with Hospital Corporation of America (HCA); the contract with HCA is set to expire in June 2020.
The board of trustees on Tuesday decided to pursue another management contract, rather than consider a lease. The difference between the two comes down to control, Alan Weber, an attorney for the county who also advises the board, said.
Under a lease, an outside company controls everything that happens with the hospital: Staff, physicians, services, marketing, equipment.
And while a lease agreement ensures a monthly rent to the hospital, it also means any of the hospitals profits go to the outside company.
A management contract provides administration and services at the direction of a local board. Under HCAs umbrella are Tony Thompson, hospital CEO, Larry Peterson, CFO, and Patty McGuffin, director of nursing.
The county is responsible for costs associated with running the hospital and maintaining the facilities.
When it operated under a lease, a local advisory committee often felt powerless when it came to such things as purchasing better equipment, recruiting physicians, whether to open a clinic or partner with a doctors office, Boyd said. While she wasnt a member of the board at the time, her husband, Mark, was, and the topic was discussed frequently at her home. She remembers people felt passionately about the issue at the time and a bond issue to build the hospital passed with overwhelming support.
I saw how hard it was to make that transition and it was not easy on the employees, she said. With a lot of good, scrappy work they were able to put things together.
Board member Terry Sparks said he was part of the campaign to build the new hospital and said he agreed a management contract likely is Allen Countys best option. But he also was interested in finding out if health care companies were interested in leasing the facility.
I want this hospital to be successful but when I look at 29 percent market share and 4 percent in secondary market share, Im scared to death of that, he said, referring to the percent of local residents who use ACRH. Im totally in favor of a management contract but only if we align with somebody with a good reputation.
The board approved a decision to pursue a management contract but not a lease, with Sparks voting against the measure and Loren Korte absent.
Now that a lease has been taken off the table, the county has the option of keeping HCA in charge or finding another company to manage the hospital.
The task force will meet at 11:30 a.m. today to discuss a draft of a request for proposals, which theyll use to seek bids from interested management companies. The task force wanted to know the boards decision on whether or not to include a lease option before todays meeting.

IN OTHER news from the board meeting:
 Boyd reminded the board that her term and the term of Sean McReynolds expire at the end of the year. She suggested the board start to compile a list of possible replacements to present to county commissioners, who will appoint the positions. She suggested they keep diversity in mind. Perhaps they should consider women, since Boyd is the only woman on the board. She also asked them to think about geographical considerations, like someone from the Humboldt area where representation is lacking.
 Financially, a strong start to the year dried up in July and August, Chief Financial Officer Larry Peterson reported. The first few months of the year brought positive news with revenue that mostly met or exceeded expectations. But in July and early August, total admissions fell and outpatient activities also were weak, with lighter-than-usual activity at the Iola clinic because of a software conversion. That left the hospitals budget about $250,000 short for the month and wiped out a positive balance sheet for the year so far. The hospital will need to finish the year strong to meet budget, Peterson said.
 Several activities are planned for the fall, including an American Red Cross Blood Drive Sept. 4 and 5; a golf tournament fundraiser Sept. 22; Lunch and Learn events Sept. 25 and Oct. 10; and a Community Health Fair Nov. 3.