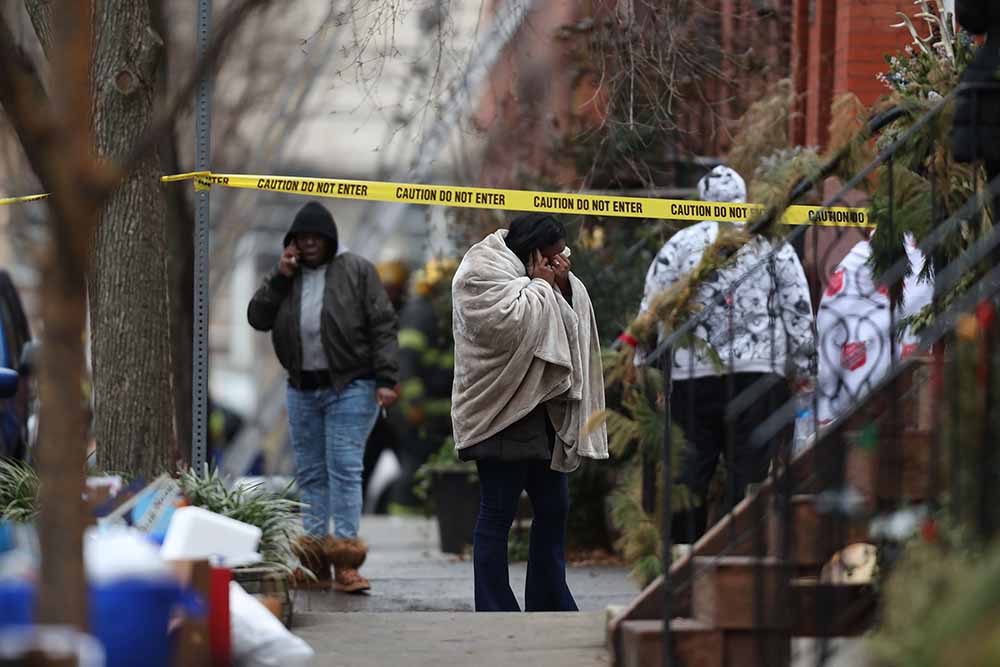 Two sisters and their children were among the 12 people killed in a fire at a Philadelphia row home that had no working smoke detectors.

An unidentified woman reacts at the scene of a fire on the 800 block of N. 23rd Street in Philadelphia on Wednesday, Jan. 5, 2022. (Monica Herndon/The Philadelphia Inquirer/TNS)

PHILADELPHIA (AP) — Two sisters and several of their children were among the 12 people killed when a fire tore through a Philadelphia rowhome that apparently had no working smoke detectors, fire officials said.

Eight children lost their lives in the Wednesday morning blaze — the city’s deadliest single fire in more than a century.

At least two people were hospitalized and some others managed to escape from the three-story brick duplex, which was public housing, officials said. The cause of the fire has not been determined. Officials said 26 people had been staying in the two apartments.