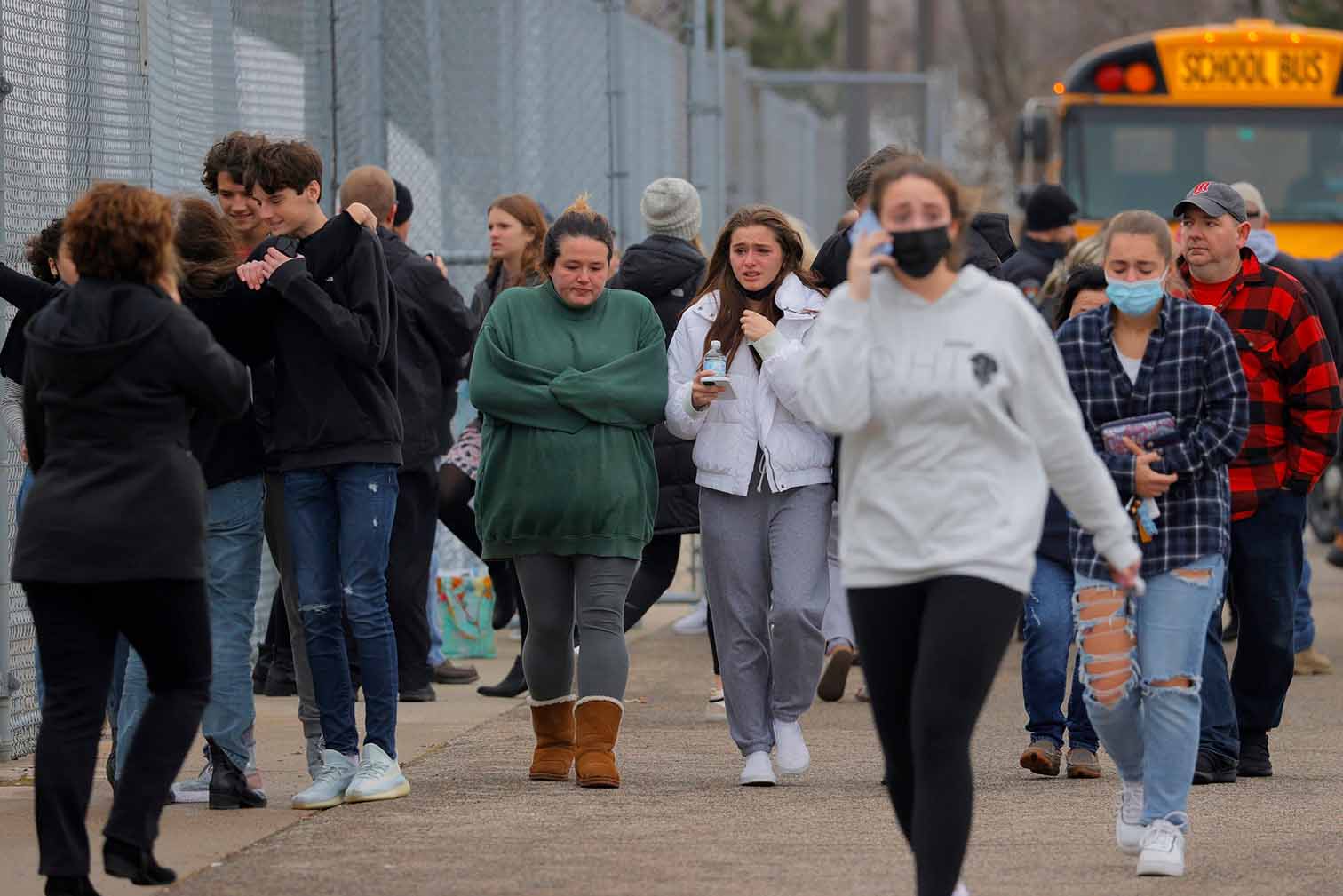 The parents of a teen accused of killing four students at a Michigan school were charged with involuntary manslaughter.

Parents walk away with their kids from the Meijer parking lot in Oxford, Michigan, where many students gathered following an active shooter situation at Oxford High School in Oxford on Tuesday. Police took a suspected shooter into custody, the Oakland County Sheriff's office said. Photo by (Eric Seals/Detroit Free Press/TNS)

PONTIAC, Mich. (AP) — The parents of a teen accused of killing four students at a Michigan high school were charged with involuntary manslaughter Friday as a prosecutor described chilling moments that day when a teacher found a drawing of a gun, a person bleeding and the words “help me” at the boy’s desk.

Oakland County prosecutor Karen McDonald said the parents committed “egregious” acts, including buying a gun and making it available to Ethan Crumbley and failing to intervene when they were summoned to the school Tuesday and confronted with the drawing.

School officials told James and Jennifer Crumbley to get their 15-year-old into counseling, McDonald said.

Editorials
Parents must stop access to guns
Editorials
Trigger fingers: 1 person kills, but many may be responsible
National News
Michigan suspect’s parents found hiding in downtown Detroit
Columnists
All Oxford students are victims of the violence