FBI says it has credible evidence of a threat of violence on Sunday aimed at the Minnesota and Michigan state capitols by far-right extremists. 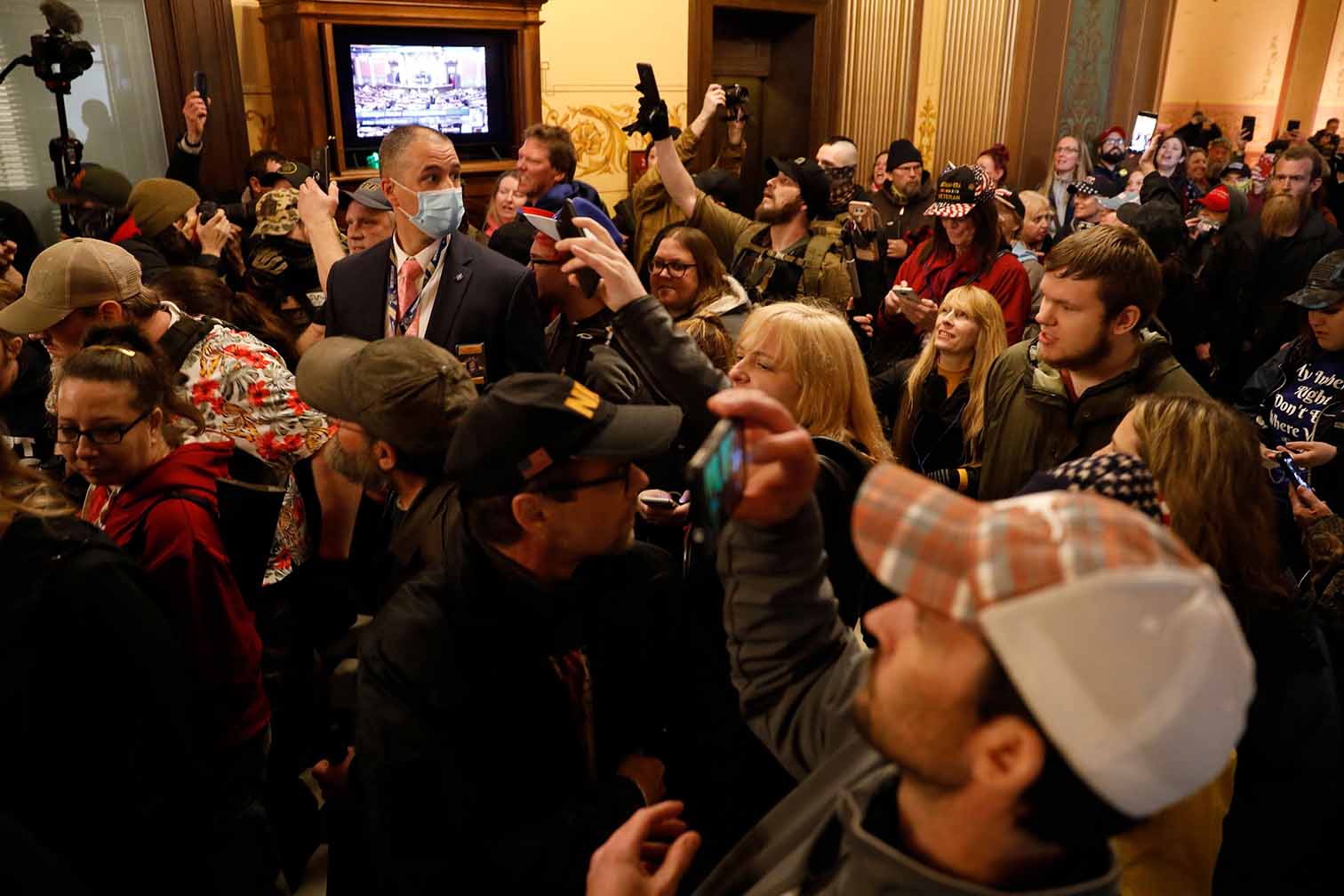 Protesters try to enter the Michigan House of Representative chamber and are being kept out by the Michigan State Police after a protest rally at the Michigan State Capitol in Lansing on April 30, 2020. The FBI said this week it has credible evidence of a threat aimed at the Minnesota and Michigan state capitols this weekend. Photo by (Jeff Kowalsky/AFP/Getty Images/TNS)

MINNEAPOLIS (TNS) — The FBI believes it has credible evidence of a threat of violence on Sunday specifically aimed at the Minnesota and Michigan state capitols by right-wing extremists as part of their preparation for armed protests in every state and Washington, D.C., leading up to President-elect Joe Biden’s inauguration next week.

The evidence is spelled out in an alert dated Dec. 29 that was written by the FBI’s Minneapolis division based on what it said was intelligence from two “collaborative” sources with “direct access” to vital information.

The “potential activity alert” was first posted Monday by Yahoo News and verified to the Minneapolis Star Tribune on Tuesday as legitimate by a source who has seen the document.