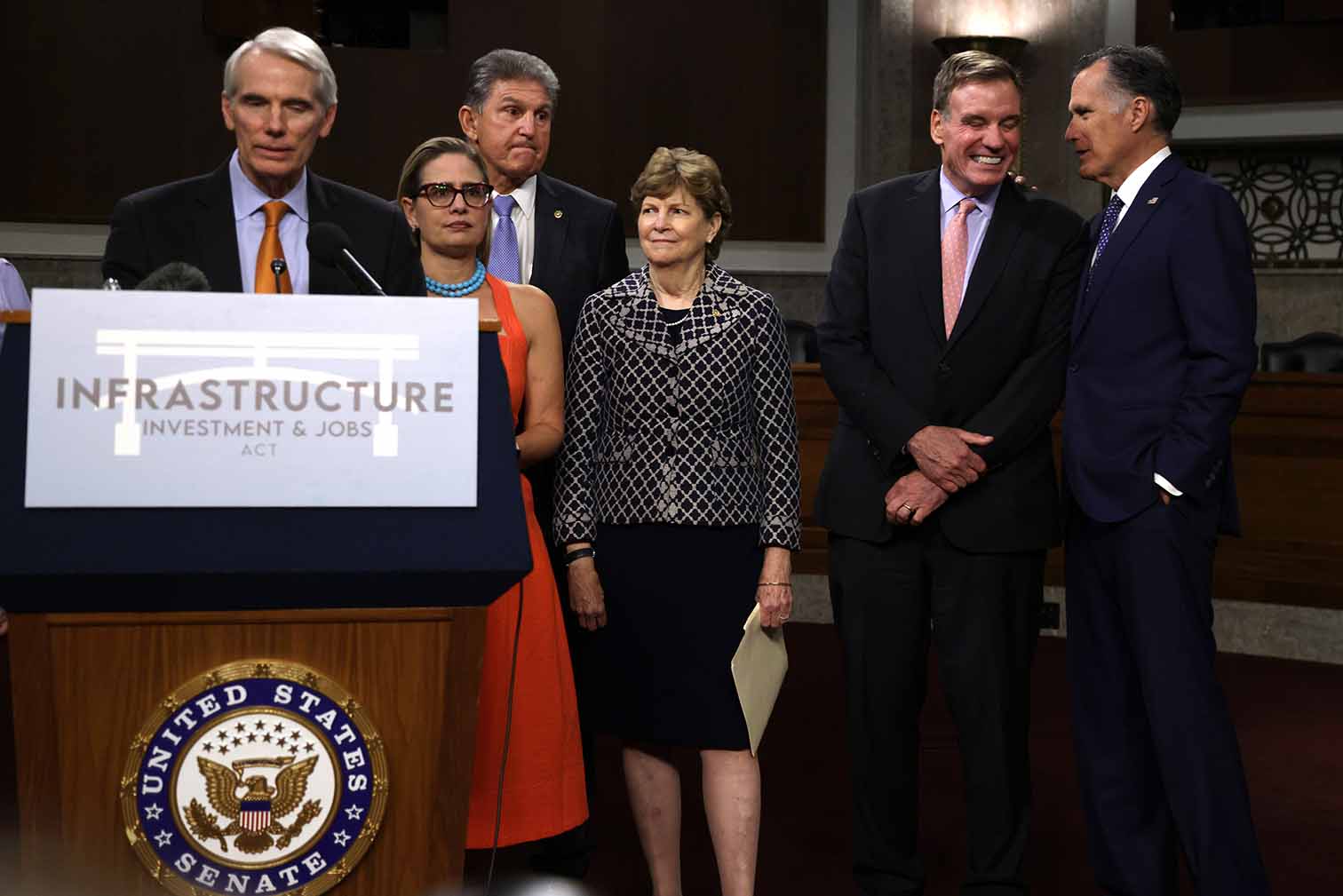 The Senate voted to begin work on a $1 trillion national infrastructure plan after a bipartisan agreement. It's unclear if enough Republicans will join Democrats for final passage.

WASHINGTON (AP) — The Senate has voted to begin work on a nearly $1 trillion national infrastructure plan, acting with sudden speed after weeks of fits and starts once the White House and a bipartisan group of senators agreed on major provisions of the package that’s key to President Joe Biden’s agenda.

Biden welcomed the accord as one that would show America can “do big things.” It includes the most significant long-term investments in nearly a century, he said, on par with building the transcontinental railroad or the Interstate highway system.

“This deal signals to the world that our democracy can function,” Biden said ahead of the vote Wednesday night. “We will once again transform America and propel us into the future.”