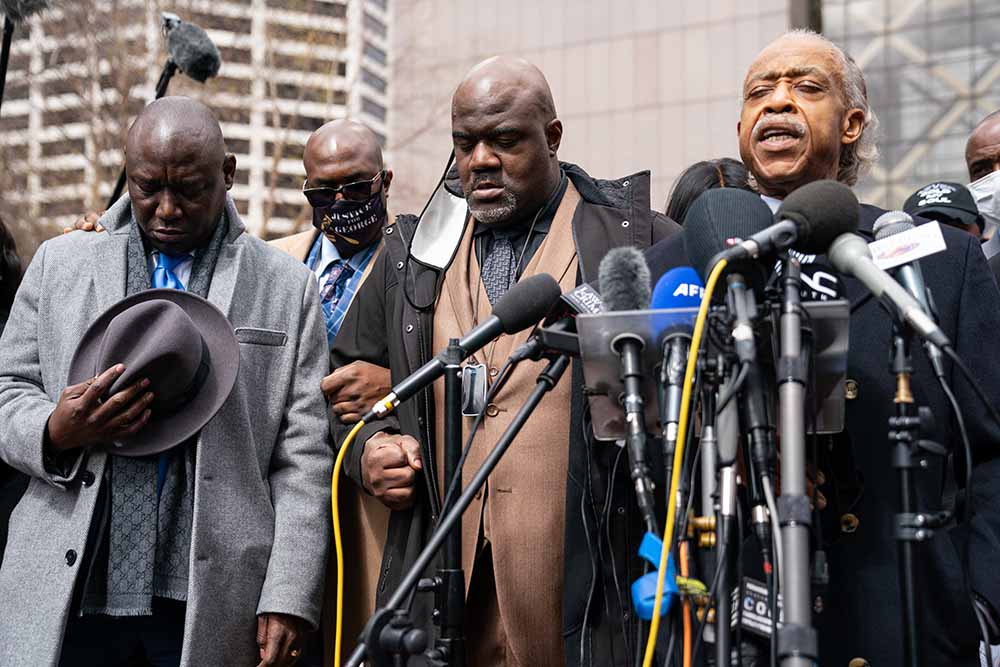 Three weeks of testimony ends during Derek Chauvin's murder trial over George Floyd's death. Jurors are deliberating as the city and nation prepares for the verdict.

Rev. Al Sharpton, Philonise Floyd & Attorney Ben Crump along with others lead the family of George Floyd and Daunte Wright in prayer outside of the courthouse during closing arguments in the Chauvin trial on Monday, April 19, 2021, in Minneapolis, MN. (Jason Armond / Los Angeles Times/TNS)

MINNEAPOLIS (AP) — The jurors who sat quietly off-camera through three weeks of draining testimony in Derek Chauvin’s murder trial in George Floyd’s death moved into the spotlight today, still out of sight but now in control of verdicts awaited by a skittish city.

The jury of six white people and six people who are Black or multiracial was set for its first full day of deliberations. The jury, anonymous by order of the judge and sequestered now until they reach a verdict, spent just a few hours on their task Monday after the day was mostly consumed by closing arguments in which prosecutors argued that Chauvin squeezed the life out of Floyd last May in a way that even a child knew was wrong.

The defense contended that the now-fired white officer acted reasonably and that the 46-year-old Floyd died of a heart condition and illegal drug use.