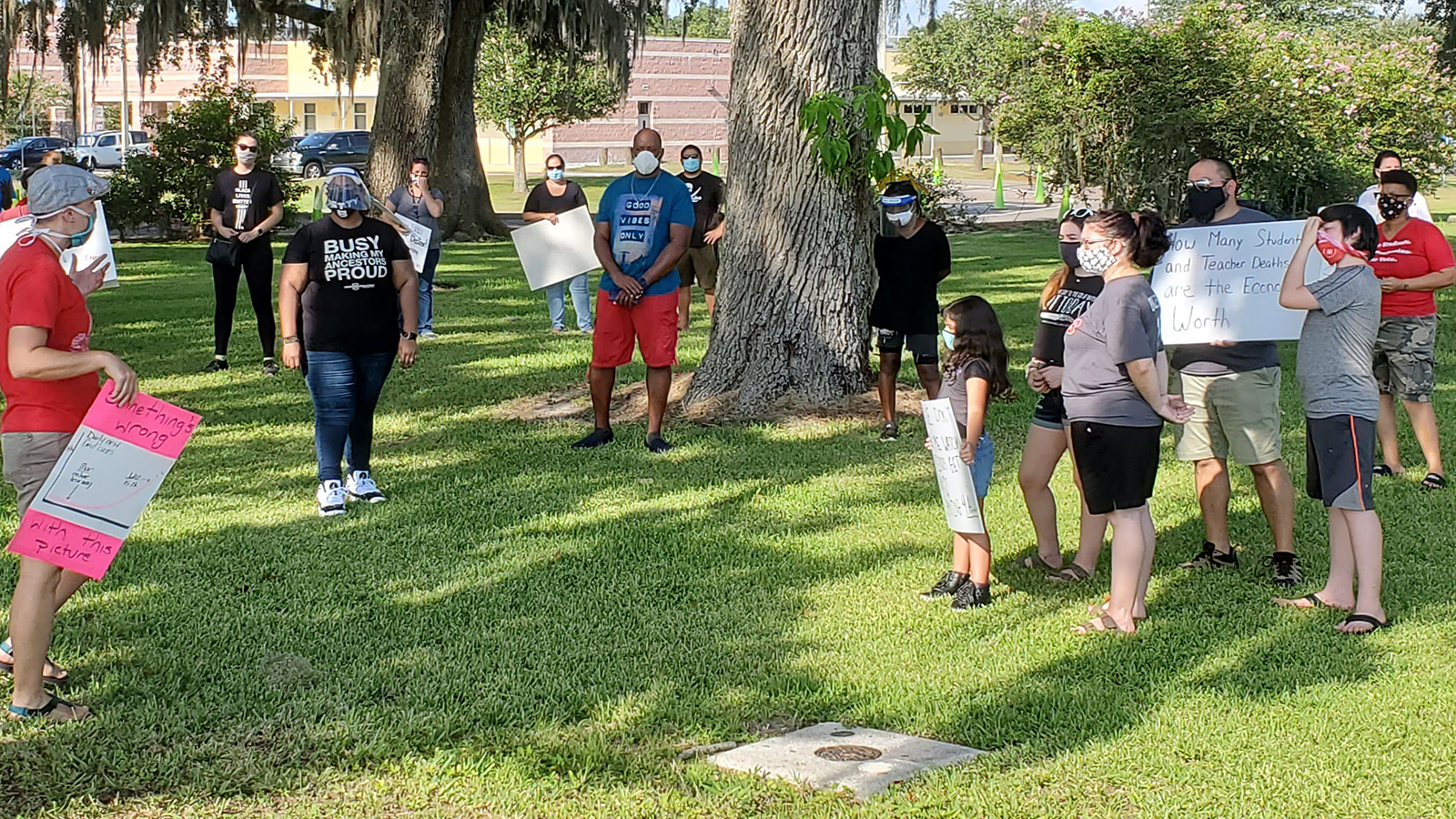 Increasing numbers of children, teens are testing positive for coronavirus as nation weighs how to reopen schools.

A group of teachers, parents, students and supporters gather outside Strawberry Crest High School on July 15, 2020, as the Florida Board of Education meets inside. They came to protest the state's pressure to reopen schools to in-person classes in August. Photo by (Jeffrey S. Solochek/Tampa Bay Times/TNS)

WASHINGTON — As the school year draws near, children and teens represent a ballooning percentage of COVID-19 cases in the U.S. as the youngest Americans increasingly venture outside their homes and are able to get tested.

While the U.S. Centers for Disease Control and Prevention has long maintained on its website that those younger than 18 make up only 2% of cases, state data paint a much less rosy picture. California and Mississippi, for instance, are recording rates nearing 10% of overall cases. Florida has found that about a third of all children tested there are infected.

In response to questions from Bloomberg, the CDC cited a chart this week with data from the states showing children make up 6.4% of those infected, though information isn’t included on almost 1 million cases. The numbers are rising, epidemiologists say, as testing has become more available to those with mild or no symptoms, encompassing many of the pediatric cases, and as those under 18 are increasingly involved in social activities.