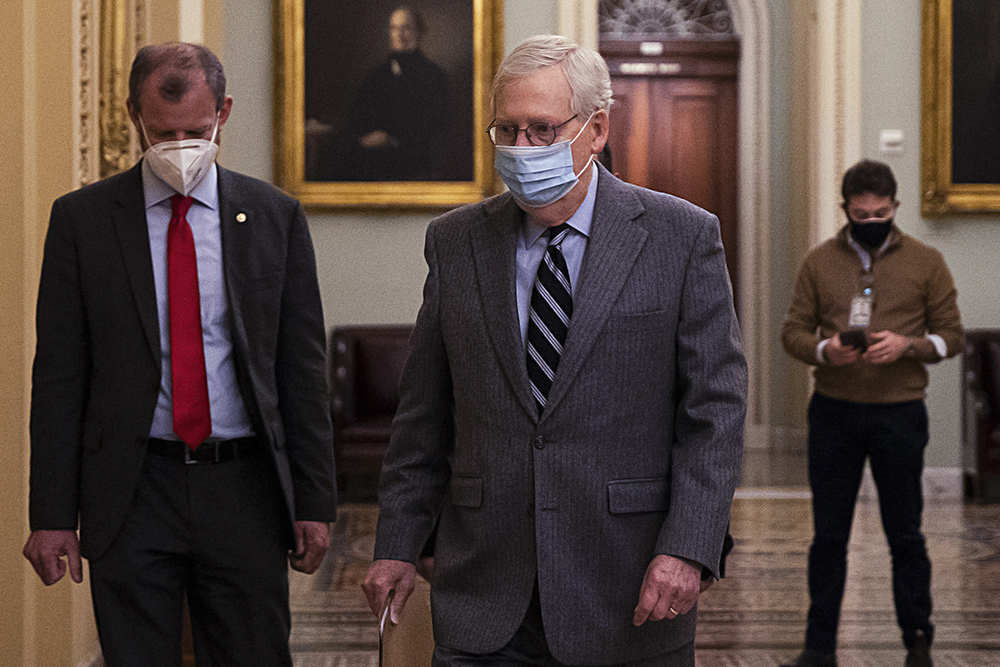 WASHINGTON — Senate Majority Leader Mitch McConnell on Wednesday closed off chances of the Senate acting anytime soon on a House bill that would give most Americans $2,000 stimulus payments.

The Kentucky Republican said the House legislation, approved in a bipartisan vote Monday, “has no realistic path” to quick passage in the Senate and that it falls short of the demands of President Donald Trump. He again blocked an attempt by Democratic leader Chuck Schumer to adopt the House bill to increase the payments to $2,000 from the $600 by unanimous consent.

The Senate instead will work on combining the stimulus payments with measures on election integrity and rolling back social media liability protections, he said. That responds to all three issues Trump has said he wants, but a bill melding them likely will alienate enough senators in both parties to leave prospects for bigger stimulus payments dead in the Senate.