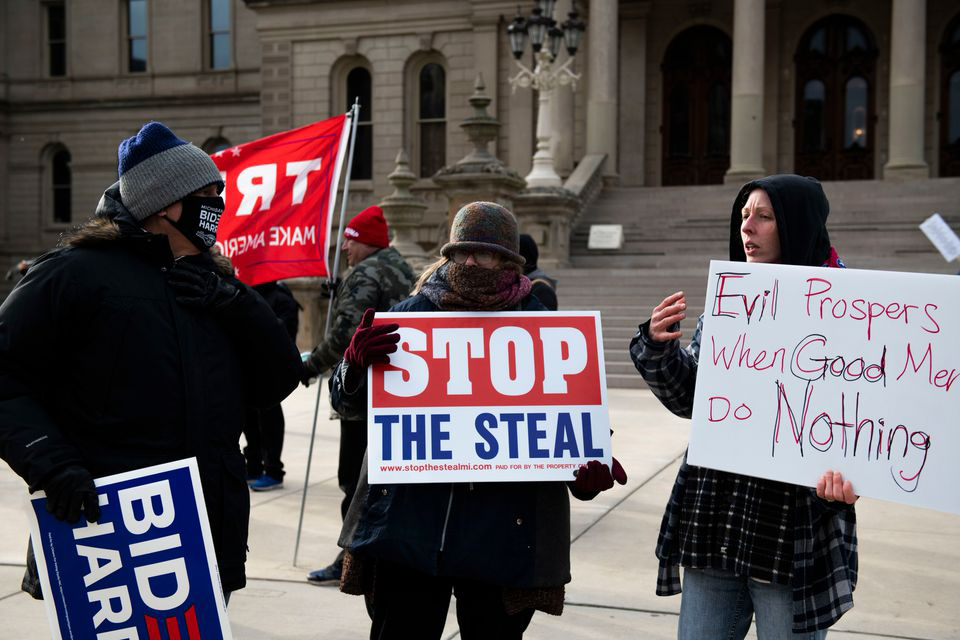 Michigan's attorney general is asking the feds to investigate a number of Republicans who submitted false certificates indicating they were the state's presidential electors. If the allegation is true, the fake electors could face forgery charges.

Demonstrators stand outside the Capitol in Lansing during the Electoral College vote in Michigan on Monday Dec. 14, 2020.

Dana Nessel, a Democrat, disclosed Thursday that her office had been evaluating charges for nearly a year but decided to refer the matter to the U.S. attorney in western Michigan.

“Under state law, I think clearly you have forgery of a public record, which is a 14-year offense, and election law forgery, which is a five-year offense,” she told MSNBC’s Rachel Maddow. But the Justice Department, she said, is best suited to probe and potentially prosecute.