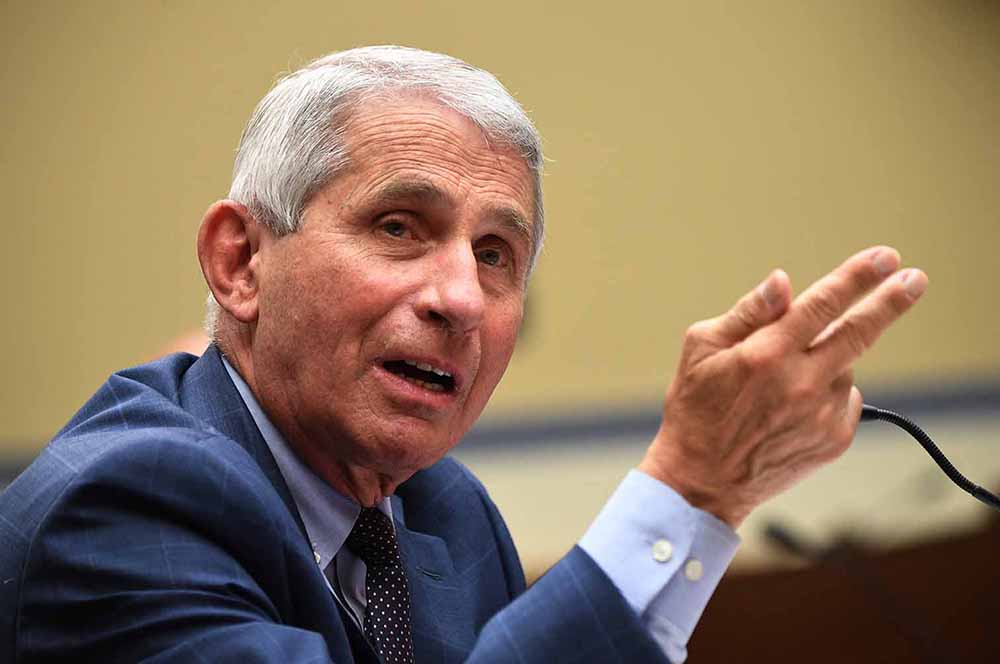 New study: Why does COVID-19 strike some and not others?

Dr. Anthony Fauci points to study as a way to expand the hunt for a long-lasting COVID-19 vaccine.

WASHINGTON — Dr. Anthony Fauci, the nation’s leading infectious disease expert, said a new study could explain the extraordinary range that people experience with the novel coronavirus, from having no symptoms at all or a mild case to hospitalization or death.

The discovery, which found potential signs of immunity in people who had previously been exposed to other types of coronavirus, could also expand the hunt for a long-lasting COVID-19 vaccine.

Fauci and other scientists said the study published in Science this month held promising findings for understanding why some individuals exposed to COVID-19 for the first time have a modest reaction to the virus.

The study found that the immune systems of roughly half of its subjects appeared to remember past exposure to other prevalent coronaviruses, including variants of the common cold, equipping them to respond more quickly to a COVID-19 infection once it appeared.

The findings also offer new insights that could help in developing a vaccine by looking at T cells, which help fight the virus.

Currently, all major candidates for a coronavirus vaccine undergoing clinical trials focus on harnessing a single antibody protein that can neutralize the virus.

Since the coronavirus outbreak began, scientists including Fauci have struggled with the question of why the novel coronavirus hits some people so hard and leaves others unscathed.

“One of the things that I don’t think has been emphasized very much at all during the attempt to address, scientifically, the COVID-19 outbreak, and vaccine development and testing, is that we’ve been focusing very exclusively on the antibody test,” Fauci told McClatchy in a recent interview. “There’s another equally important component of the immune system.”

The study, funded by the National Institute of Allergy and Infectious Diseases, which Fauci heads, is one of the first to identify T cell “cross reactivity” in individuals who have previously been exposed to one of the four endemic coronavirus strains, SARS or MERS.

T cells, which originate in the thymus, serve as a secondary line of defense in the immune system once antibodies have failed or faded away.

“If you look at it metaphorically as an army with different levels of defense, the antibodies prevent the virus from getting in. So that’s kind of like the first line of defense,” Fauci explained. “For those viruses that do escape and infect some cells, the T cells come in and kill the cells that are infected or block them.”

The T cells of individuals who took part in the study recognized the novel coronavirus when it was introduced to their immune systems for the first time.

Angela Rasmussen, a virologist at Columbia University, also explained the immune system in military terms, likening antibodies to the infantry and T cells to the cavalry.

“None of our soldiers have been trained before this,” Rasmussen said. “But the T cell finding suggests that, maybe the cavalry actually is prepared for this virus. Maybe they already know a little bit about how to fight it. And maybe that’s helping the overall army stave off the invading virus.”

Rasmussen cautioned against overstating the findings of the study, noting that the level of protection among those with T cell memory from other coronaviruses remains unknown. But she nevertheless celebrated the findings.

“It’s a piece of good news, scientifically, because otherwise we’re completely naive to this virus and it’s completely brand new,” Rasmussen said. “If there’s anything that can give us an edge in fighting it, even within our own bodies and immune systems, that to me is great news and is very promising.”

Fauci noted that while T cells last much longer than antibodies, they do not last forever. The more recently an individual was infected with another type of coronavirus, the greater likelihood of some protection from COVID-19.

It may explain the vast differences within older age groups, where scientists have tracked both asymptomatic cases as well as deaths in large numbers.

While one elderly individual might have been exposed to a common coronavirus within the past few years, another may not have had that exposure for decades — and not have the T cell memory that might otherwise provide protection.

“It’s sort of like a one-two punch,” Fauci said. “It’s conceivable that the T cells that you’ve made in response a couple of years ago — three, four, five years ago — when you were exposed to a relatively benign coronavirus that causes the common cold, could actually hang around, and when you’re exposed to the SARS-Coronavirus-2, could have some degree of protection,” he said, referring to the novel coronavirus.

Dr. Shane Crotty, a virologist at the La Jolla Institute for Immunology and senior author on the Science study, said in an interview that the findings could mean that individuals with T cell memory from common colds are having less severe responses to COVID-19 exposure, with their immune systems responding to the new infection more quickly.

The initial findings on T cell memory are already helping global leaders in public health better understand why some regions of the world have been hit harder by the COVID-19 pandemic than others.

Bill Gates, co-founder of Microsoft and of the Bill & Melinda Gates Foundation, told CNN over the weekend that “related coronavirus exposure” has begun to explain the regional discrepancies.

“Within a few months we’ll really understand this,” Gates said. He pointed out that, in Southeast Asia, the prevalence of coronavirus-carrying bats might have increased T cell immunity among the human population. “They probably had this cross protection that meant the spread of the disease was not as strong there,” he said.

But the overall impact of these findings still requires greater research, Crotty said.