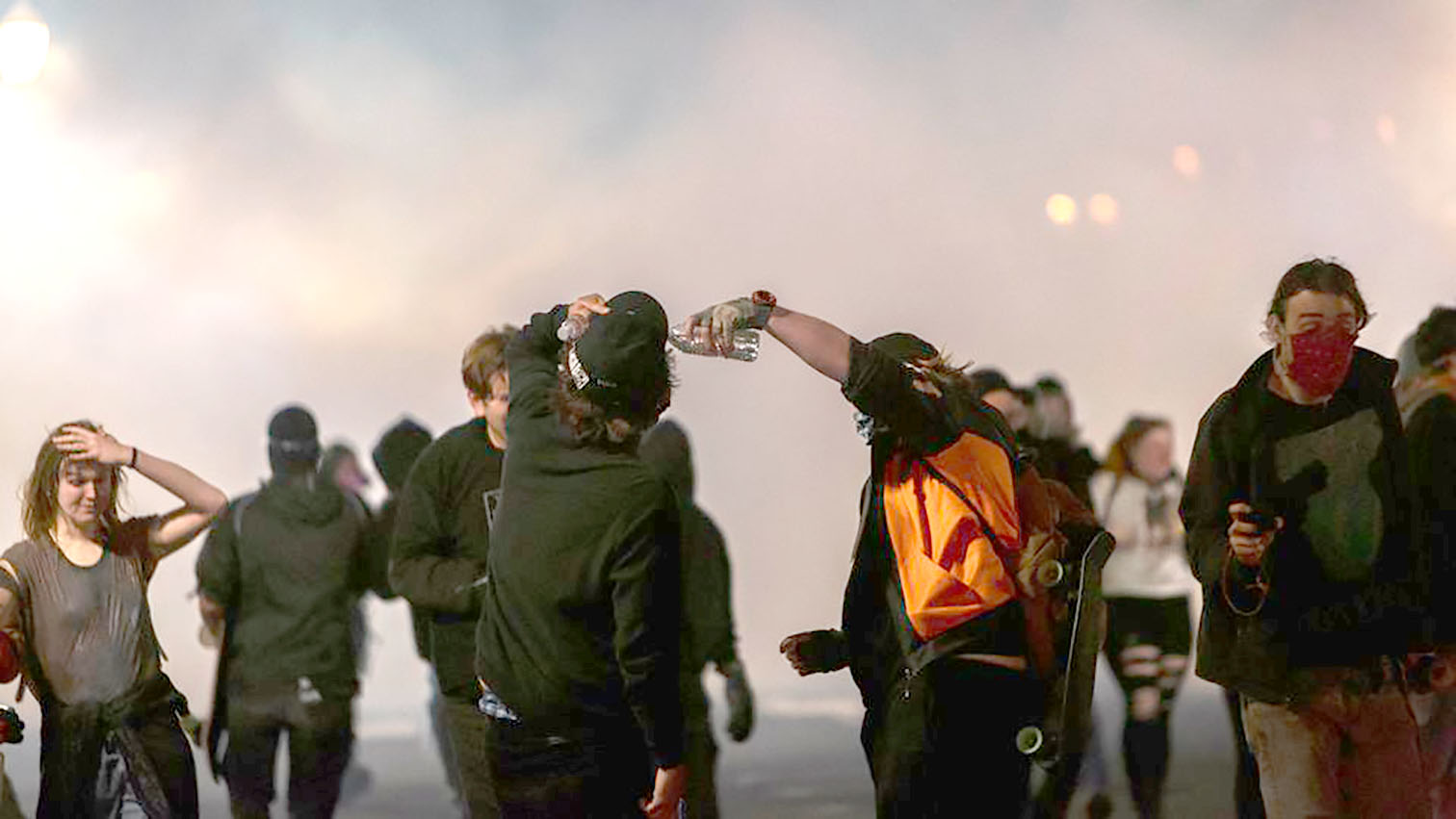 By GILLIAN FLACCUS AND ANDREW SELSKY, THE ASSOCIATED PRESS

Police use tear gas and stun grenades on a group of protesters in downtown Portland on Tuesday night, June 3. The group of several hundred marching through downtown Portland broke from a crowd of thousands that had gathered in Pioneer Square. Protests continued for a sixth night in Portland, demonstrating against the death of George Floyd, a black man killed by police in Minneapolis. Photo by Brooke Herbert / Staff

PORTLAND, Ore. (AP) — Leaders in Portland, Oregon, caught their breath and moved forward with cautious optimism Friday after the first nightly protest in weeks ended without any major confrontations, violence or arrests.

The dramatic change in tone outside a federal courthouse that’s become ground zero in clashes between demonstrators and federal agents came after the U.S. government began drawing down its forces under a deal between Democratic Gov. Kate Brown and the Trump administration.

As agents from U.S. Customs and Border Protection, the U.S. Marshals Service and Immigration and Customs Enforcement pulled back, troopers with the Oregon State Police were supposed to take over. There were no signs of any law enforcement presence outside the Mark O. Hatfield Federal Courthouse, however, where a protest lasted into early Friday.