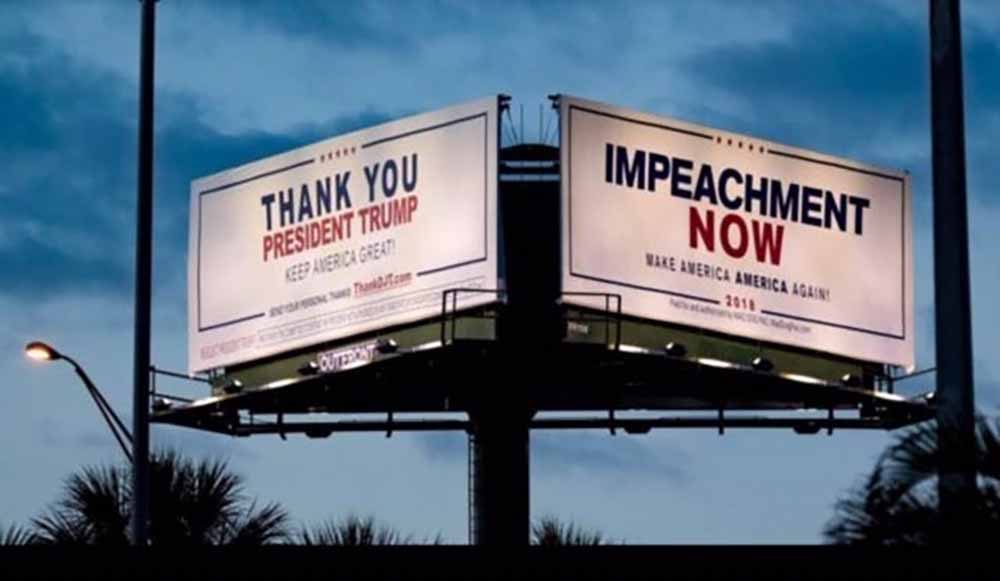 The stunning nature of last week's deadly insurrection has shaken many lawmakers.

Competing opinions come into view while driving past billboards at the intersection of I-95 and Southern Boulevard in West Palm Beach.

Republicans offered only modest reproach when President Donald Trump said there were “very fine people” on both sides of a white supremacist rally. They stayed in line when Trump was caught pressuring a foreign leader and later defended his handling of a deadly pandemic.

But with a sudden force, the wall of Republican support that has enabled Trump to weather a seemingly endless series of crises is beginning to erode.

Trump’s weakened standing among his own party will come into sharper focus on Wednesday when the House is expected to impeach the president for inciting a riot at the U.S. Capitol last week. A handful of Republicans have already said they’ll join the effort, a number that could grow as the vote nears.