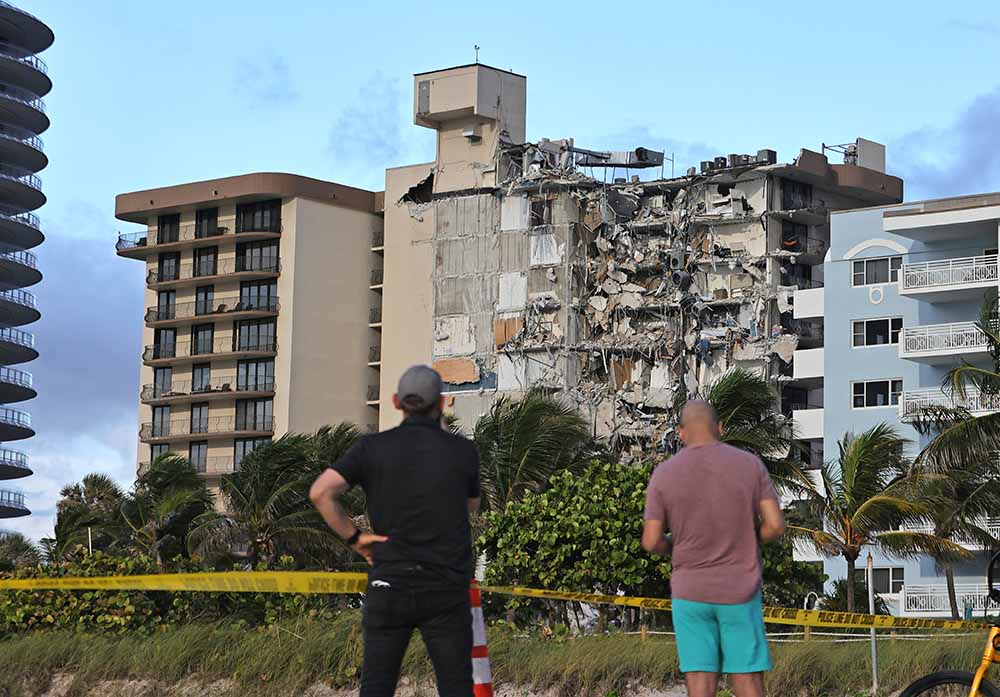 The garage floor of the collapse condo shows no sign of a sinkhole. Investigators are looking at possible causes of the tragedy, including the effects of rising seas that could have corroded the structure.

People look at the rubble at Champlain Towers South Condo in Surfside, located at 8777 Collins Avenue, a part of which collapsed in the early morning in Surfside, Florida, Thursday, June 24, 2021. (David Santiago/Miami Herald/TNS)

SURFSIDE, Fla. — Scraped clean of tons of rubble late last month, the bare garage floor of Champlain Towers South appears to rule out at least one early suspect in its catastrophic collapse.

There were no telltale signs of a sinkhole.

The garage floor, the building’s lowest level, remains in one piece with no craters or potholes suggesting unseen geological forces were at work. The “sinkhole” a doomed resident saw opening from her balcony in a final phone conversation was likely not erosion beneath the building but the implosion of the concrete pool deck above the garage floor — the seeming trigger event of a massive and still unresolved structural failure.