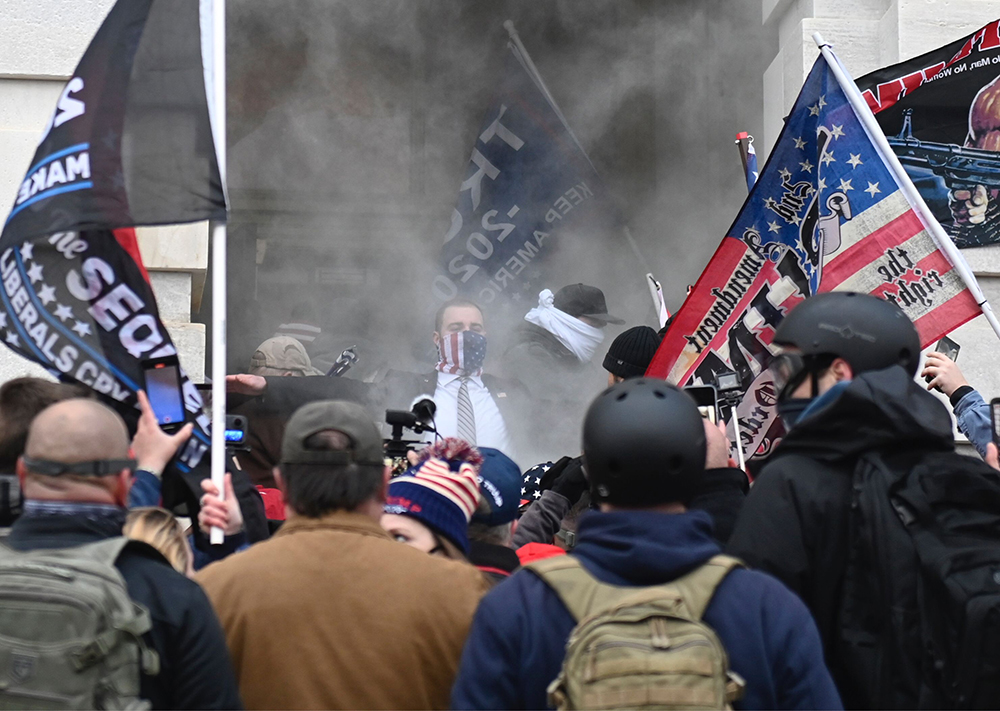 Claims the former president wanted only peace during the Jan. 6 rally

WASHINGTON —  Former President Donald Trump’s defense attorneys echoed the combativeness of their client Friday, punctuating their arguments with falsehoods and misrepresentations as they sought to recast his actions leading up to the mob violence at the Capitol.

Trump’s team sprinted through their defense at the Senate impeachment hearing, hoping to quickly move the proceedings to a vote. Republicans have already signaled they are unlikely to provide enough votes to secure a conviction. They concluded after just just two and a half hours.

The 2-hour, 30-minute presentation was peppered with inaccuracies and false claims. During one line of argument, attorneys stated the first rioter arrested in the Jan. 6 insurrection was not a supporter of Trump, but of leftist antifa movement. There is no evidence to support the assertion.