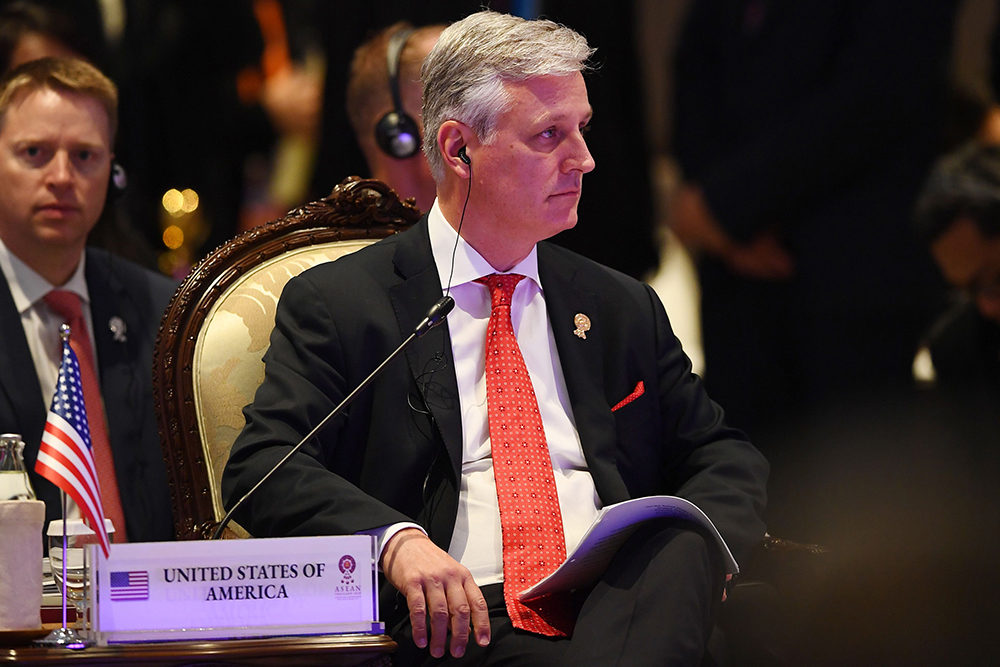 That’s according to two people familiar with the situation who spoke on condition of anonymity because they weren’t authorized to discuss it by name.

The White House confirmed that O’Brien has mild symptoms and “has been self-isolating and working from a secure location off site,” adding that: “There is no risk of exposure to the President or the Vice President” and that the “work of the National Security Council continues uninterrupted.”