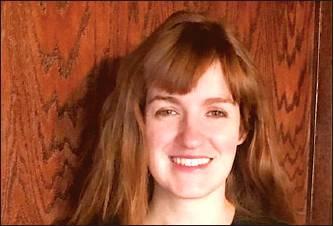 Ashley Dixon didnt see a lot of community activism as she grew up in Parsons. But while she attended colleges in New York and Nashville, Dixon involved herself in numerous causes: Diversity training, workers rights, immigration and anti-racism efforts.

Now, as an Iola resident and a campaign director with Kansas Appleseed, Dixon wants to bring the skills she learned as a community organizer to southeast Kansas. Over the next three years, shell be working with counties throughout the region to register voters and reduce food insecurity.

Growing up, I didnt see people around me who were organizing and I thought it would be great to bring that back here, Dixon said. Theres so much power when people come together.

DIXON moved to Iola Feb. 1. Kansas Appleseed established an office for her at Thrive Allen County. Though the two organizations may coordinate their efforts on projects, they arent directly related.