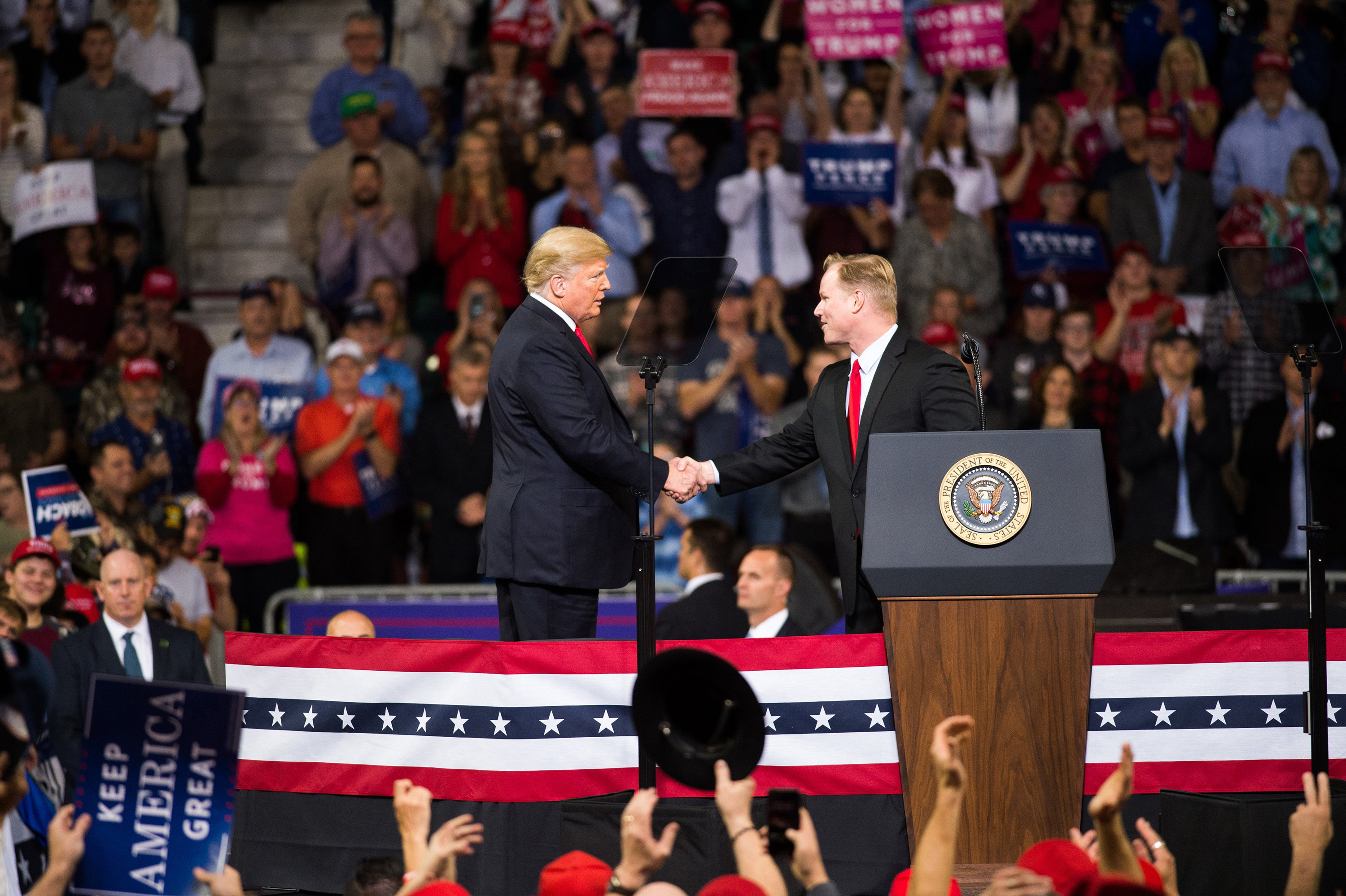 Freshman congressman from Kansas had listed UPS Inc. postal box as residence on state voter registration form. A conviction could bring a one-year prison sentence, but probation is more likely.

President Donald Trump at a rally with Steve Watkins, then the Republican candidate for Kansas' 2nd Congressional district seat. Watkins was charged Tuesday with three felonies and a misdemeanor related to an investigation into whether he illegally voted in a 2019 municipal election. Photo by (Shelly Yang/Kansas City Star/TNS)

TOPEKA, Kan. (AP) — A freshman Kansas congressman who had listed a UPS Inc. postal box as his residence on a state voter registration form was charged Tuesday with three felonies, including illegal voting.

The charges against GOP Rep. Steve Watkins came three weeks before the state’s Aug. 4 primary election with fellow Republicans pushing to oust him from the eastern Kansas seat he barely won in 2018, even though he’s largely toed the conservative policy line and supported President Donald Trump. GOP critics already had worried that the months-long investigation into whether Watkins violated state election laws puts the 2nd District seat in play if he wins the primary.

Watkins called the charges “hyper-political” even though the district attorney who filed them also is a Republican. The congressman said during a televised debate Tuesday evening that he hadn’t seen the charges but has done nothing wrong.