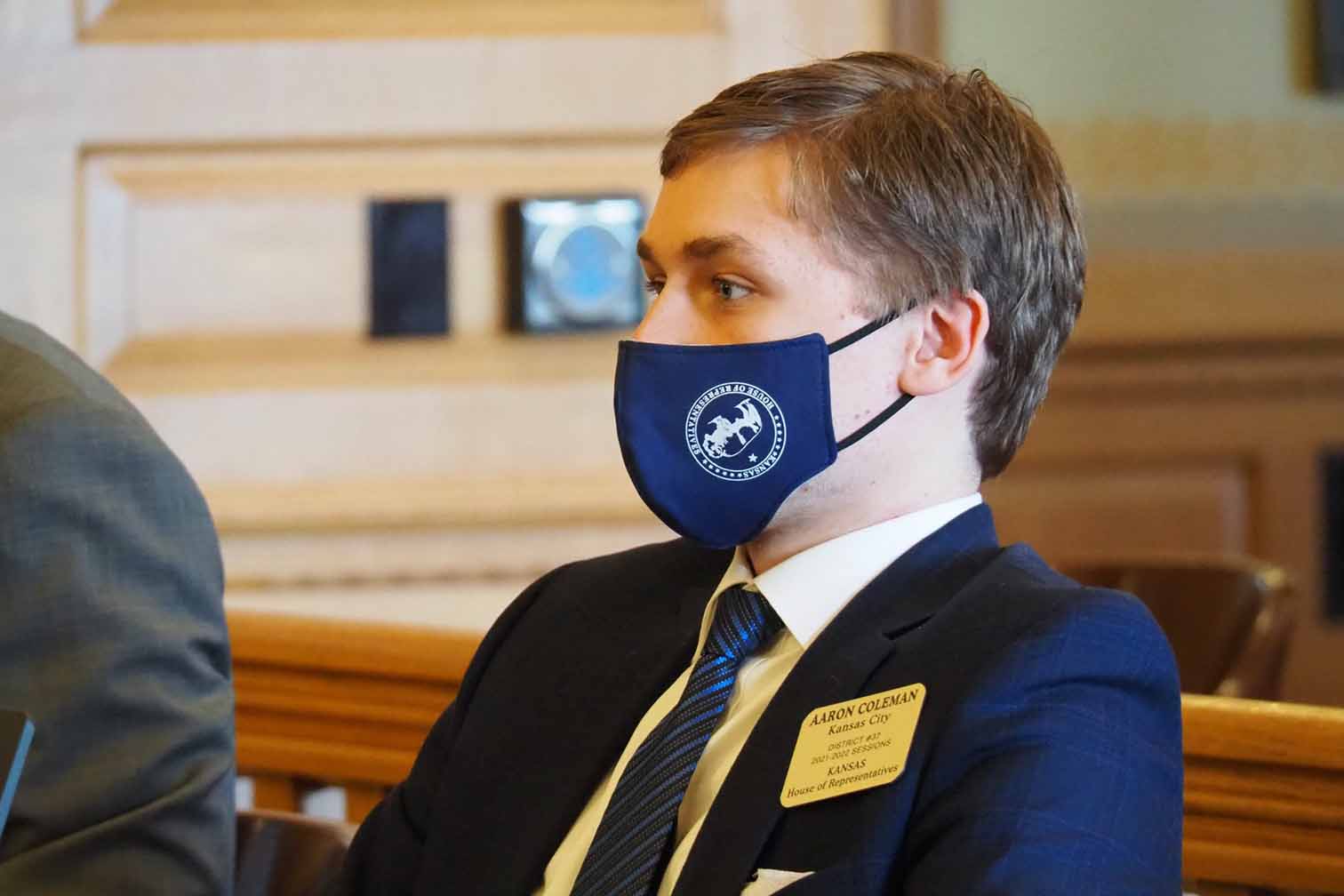 Kansas Rept. Aaron Coleman, who has been in assorted legal troubles even before he was unexpectedly elected to the State Legislature in 2020, was arrested for suspected DUI over the weekend. It's the second time in a month Coleman has been arrested, leading Gov. Laura Kelly to call for his resignation.

LAWRENCE, Kan. (AP) — A 21-year-old embattled Kansas lawmaker was arrested on suspicion of drunken driving — his second arrest in less than a month — and is facing fresh calls for his resignation or removal from office.

A Kansas trooper arrested Aaron Coleman around 1 a.m. Saturday on Interstate 70 near Lawrence, the Kansas Highway Patrol said. Coleman was taken to the Douglas County Jail, where he bonded out hours later.