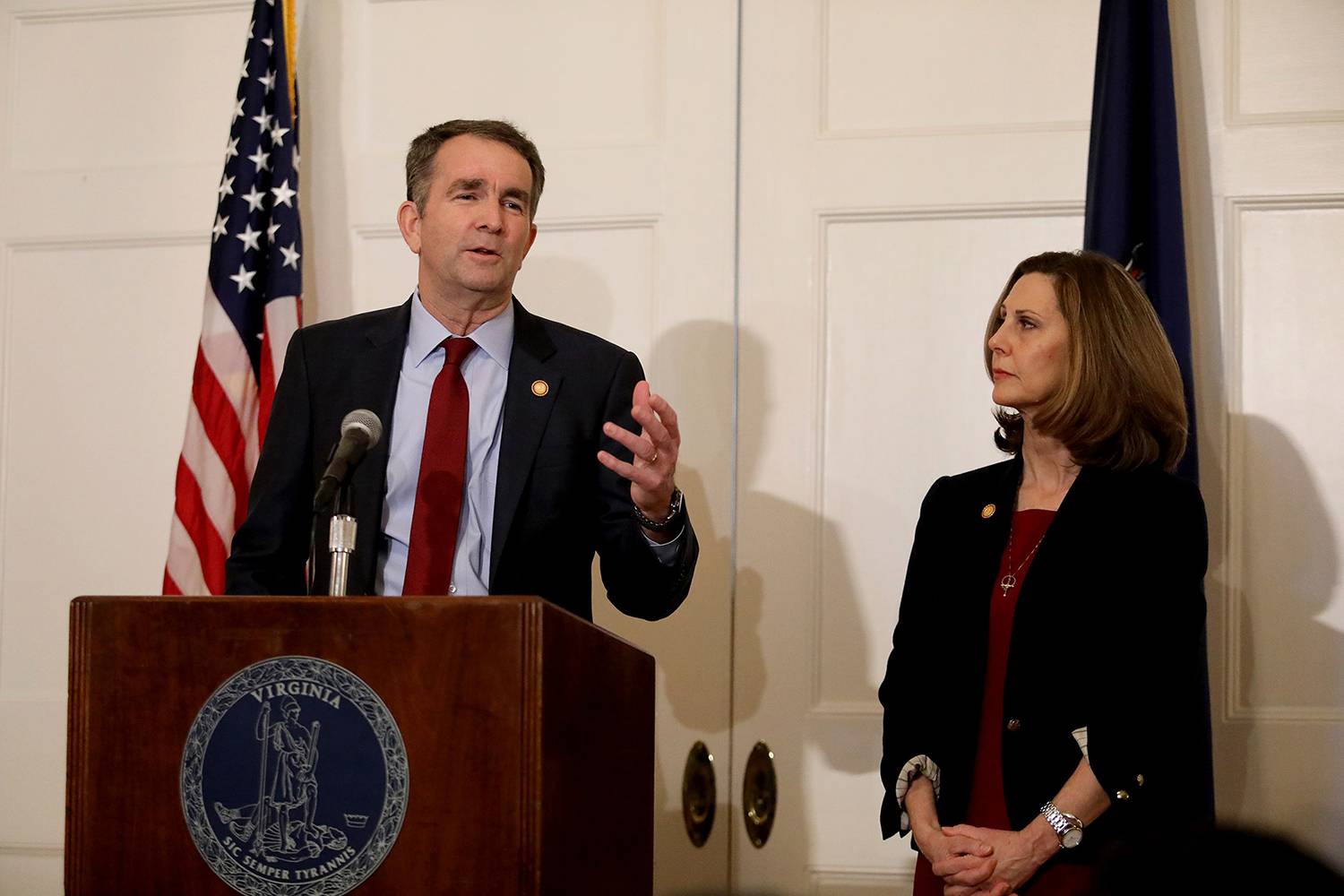 Virginia Gov. Ralph Northam, with his wife Pam at his side, said at a news conference in the Executive Mansion on Saturday that he is not the person in the racist photo in the EVMS yearbook and he will not resign. (Steve Earley/Virginian Pilot/TNS)

RICHMOND, Va. (AP)  Virginia Gov. Ralph Northam was clinging to office Monday morning amid nearly unanimous calls from his own party to resign over a racist photo in his 1984 medical school yearbook, after a bizarre weekend in which he first admitted he was in the picture, and then denied it.

The Democrats stunning about-face  at a weekend news conference where he also acknowledged putting on blackface to imitate Michael Jackson at a dance contest decades ago, and appeared to briefly entertain the notion of doing the moonwalk for reporters  only seemed to make things worse.

A Northam official, who was not authorized to speak on the record, said the governor met Sunday evening with minority officials in his administration. It wasnt immediately known what was discussed and the official spoke on condition of anonymity.