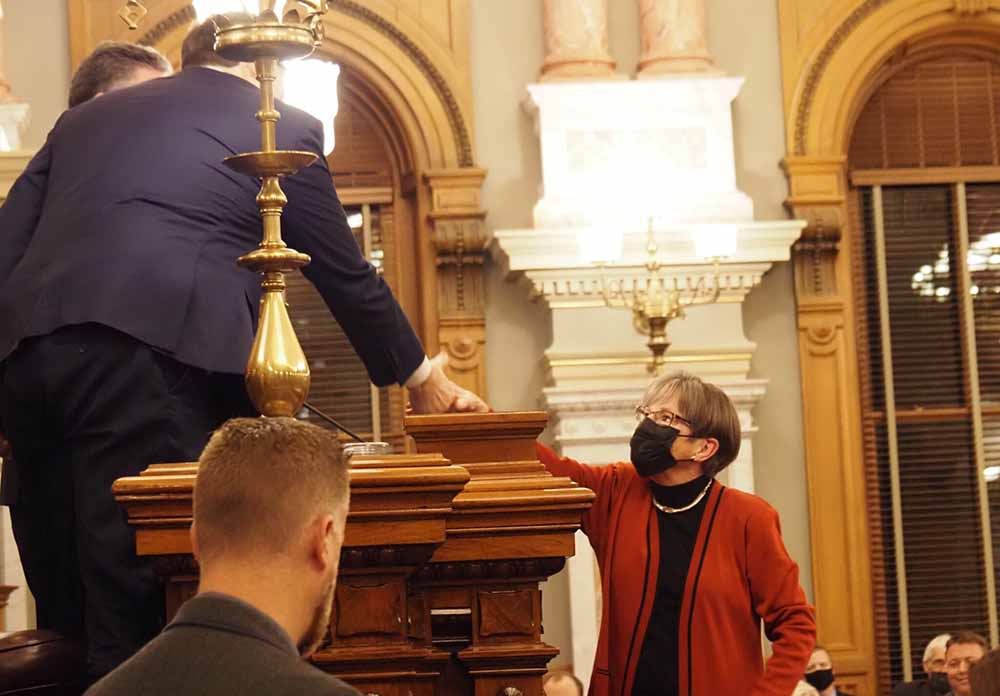 Gov. Laura Kelly shakes hands with Ron Rykman, Speaker of the House, before she delivers her annual State of the State address Tuesday. Photo by (Noah Taborda/Kansas Reflector)

If Kansas Gov. Laura Kelly was an aging pop diva, last night’s annual State of the State address would have been a spirited greatest hits show, packed with favorites such as balancing the budget, supporting education and economic development. She previewed a new effort, repealing the sales tax on food, and dipped into her back catalog to encourage expanding Medicaid. Ever the ambitious performer, Kelly wanted to remind folks of her range as a Democratic governor in this deep red state.

Her grand finale struck me, though. Kelly took a virtuoso tour through that old favorite, bipartisanship.

The tune has fallen out of favor for many Democratic and Republican performers, who see it as naive at best and destructive at worst. But Kelly knows that working across the aisle helped propel her to the governor’s office, and she’s not about to abandon such a core part of her setlist.