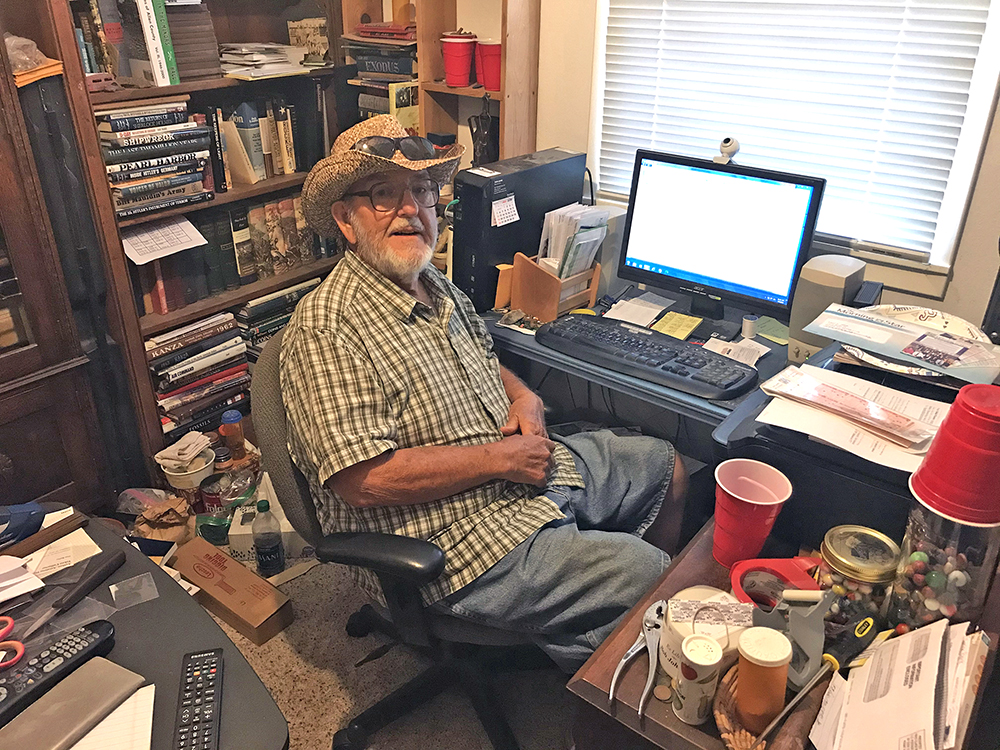 It’s been a most wonderful ride. Thanks to all.

Saying goodbye after 56 years at The Iola Register has been the hardest decision of my life.

Bob Johnson is bidding adieu to writing his weekly column for The Iola Register.

In October 1960, at the request of Register sportswriter Bud Roberts, I wrote a preview of Humboldt High’s basketball team. Then, I had no inkling I would take Roberts’ place, and stay well over five decades.

On July 6, 1964, as a wide-eyed lad just shy of my 21st birthday, I walked into the Register office as an employee for the first time. My duties were to select Associated Press dispatches from a teletype machine, design the front page and write sports stories, under the tutelage of Angelo Scott. Emerson Lynn arrived from Bowie, Texas, to take the reins on Jan. 1, 1966.

Bill Conrad, the primary reporter when I arrived, left soon after. For several years Emerson and I did the lion’s share of writing, along with photography.

Now, with a catalog of stories and experiences that would fill volumes, I leave the Register to wake up each day on “Saturday morning.” I will spend the rest of whatever years I have pursuing my varied interests, enjoying grandkids and doing chores assigned by Beverly.

I meant to stay a year when I came in 1964, then return to Pittsburg State to complete my degree. Didn’t happen. Beverly was amenable, “as long as we don’t have kids.” Brenda arrived in 1969, Bob three years later.

That left me with a career I have thoroughly enjoyed, so much so I don’t remember a single morning having regretted going to work.

A few years ago I began to cut back and for the past couple of years I have just written At Week’s End — it began about 1972 — along with occasional articles. That has been fine with me.

I thought about going back to Pitt State when I was on a relaxed schedule, but costs intervened — much more than in the early 1960s.

I haven’t been idle. I read every day without fail, and often finish two or three books and numerous magazine articles in a week’s time. My goal is  twofold: I like to learn something every day — coffee with the gang at H&H Grill helps with that — and my hope is by exercising my brain I will stave off any dementia. And there also are my hobbies.

Finally, I would be terribly remiss not to thank the multitude of people I have interviewed and written about over the years. For having had the opportunity to tell their stories and keep a daily record of local history has been my pleasure, and the ongoing mission of The Register. For my dear readers, I am immensely grateful.

Stepping aside was an agonizingly difficult decision, eventually made palatable by knowing The Register has as fine a staff of reporters and editor in Susan Lynn as we’ve had in the many years I had a hand in its daily production. Folks hereabouts are lucky to have a newspaper laden with local news and one that deeply cares about Allen County and the towns that comprise it.

As Roy Rogers liked to sing, “Happy trails to you, until we meet again.”