Mulvaney: Republicans should be paying attention to Jan. 6 hearings

When Republicans start testifying under oath that other Republicans lost the 2020 election and then broke the law to try to change that, Republicans should pay attention. 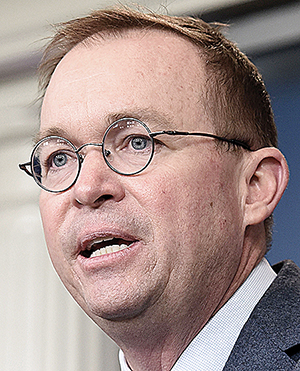 By MICK MULVANEY - THE CHARLOTTE OBSERVER/TNS

Cassidy Hutchinson, a top former aide to Trump White House Chief of Staff Mark Meadows, is sworn-in as she testifies during the sixth hearing by the House Select Committee on the Jan. 6 insurrection on June 28, 2022, in Washington, DC. (Brandon Bell/Getty Images/TNS)

For the first time, evidence was presented that former President Donald Trump knew some of the protesters were armed before encouraging them to go the Capitol, that right-wing extremist rioters communicated directly with the White House, that key Presidential advisers requested pardons, that the chief White House lawyer was concerned about getting “charged with every crime imaginable,” and that someone within Trump world may be trying to tamper with committee witnesses.

Serious stuff. But roughly half the country — the Republican half — isn’t watching. They object that the hearings are a made-for-TV show trial, designed to attack the former president and salvage the Democrats’ dismal prospects in the upcoming midterms.