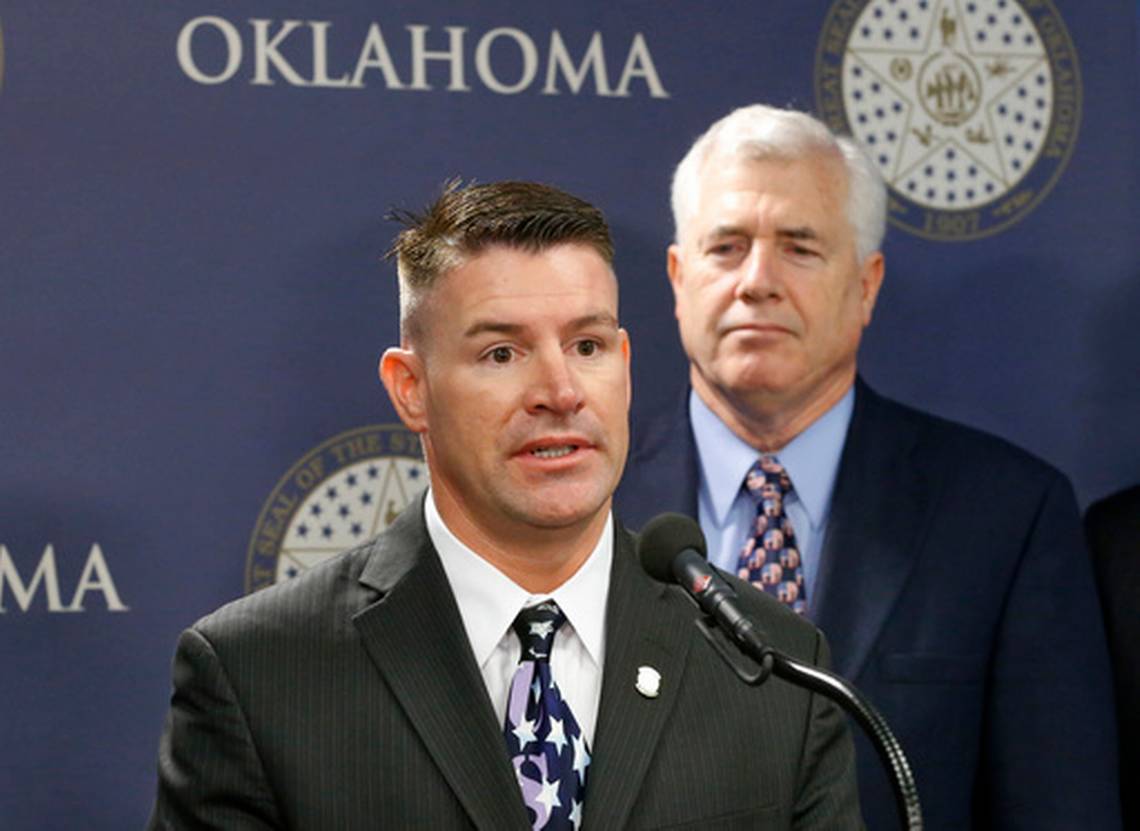 Dodge City GOP asks a bigot to speak; and nobody seems to care

"Quick reminder: The Constitution protects the practice of all religions in the United States."

Dodge City Republicans have invited a bigot, John Bennett of Oklahoma, to be their keynote speaker at their June 27 Expo.

When serving in the Oklahoma Legislature in 2014, then-Rep. Bennett called for the removal of mosques in the United States and referred to Islam as a “cancer” that “needs to be cut out.”

Quick reminder: The Constitution protects the practice of all religions in the United States.

Also, during the 2016 presidential campaign, Bennett posted on Facebook a photograph of Hillary Clinton with a caption suggesting that she be executed by firing squad.

No longer in elective office, Bennett has aligned himself with an anti-Muslim organization called Understanding the Threat, of which he serves as vice president.

Understanding the Threat is a self-styled hate organization with several targets.

Just last week, its founder, John Guandalo, called Black Lives Matter a communist organization, adding, “we should round up the leaders and execute them for trying to revolt and overthrow the government.”

THAT DODGE City Republicans should want to have such hate spewed at their affair is disturbing.

In an email to the Kansas City Star, Tawater said Bennett will address the “current riots” and their connection “to the communist and Islamic movement and their strategic plan to subvert America.”

That Tawater refers to the Black Lives Matter protests over the past few weeks as “riots” is telling.

In fact, they are demonstrations for racial equality in which both blacks and whites have aligned.

And to suggest that they are organized to subvert democracy is to misunderstand their very premise, which is to promote democracy and the fair treatment of all citizens.

Such arguments, however, will fall flat with the Dodge City chapter.

On its Facebook page is a post from Jan. 9 attacking American candidates of the Muslim faith, alleging they “know the drill — infiltrate American government and institute sharia law. It’s all part of the Islamic faith and practice of jihad. Yet, we keep importing these people.”

To slander fellow Americans in such a manner is shameful.

EQUALLY disgraceful is the Kansas Republican Party’s hands-off approach to the event or the fact that no candidates have said, on principle, they will not participate in the event.

Both Dodge City and Garden City have mosques that serve communities predominantly of refugees who fled their war-torn countries in Africa and found work in the local meatpacking industries.

The day after the 2016 presidential election, three Kansas men tried to massacre such a community in Garden City. Fortunately, their efforts to bomb an apartment complex where multiple Somali families live and their mosque failed. Today, the men are behind bars.

One would hope that Dodge Citians would be sensitive to the hate these people have endured and do everything they can to protect them.

Instead, the Republicans invite Bennett.

The message is terrifying.