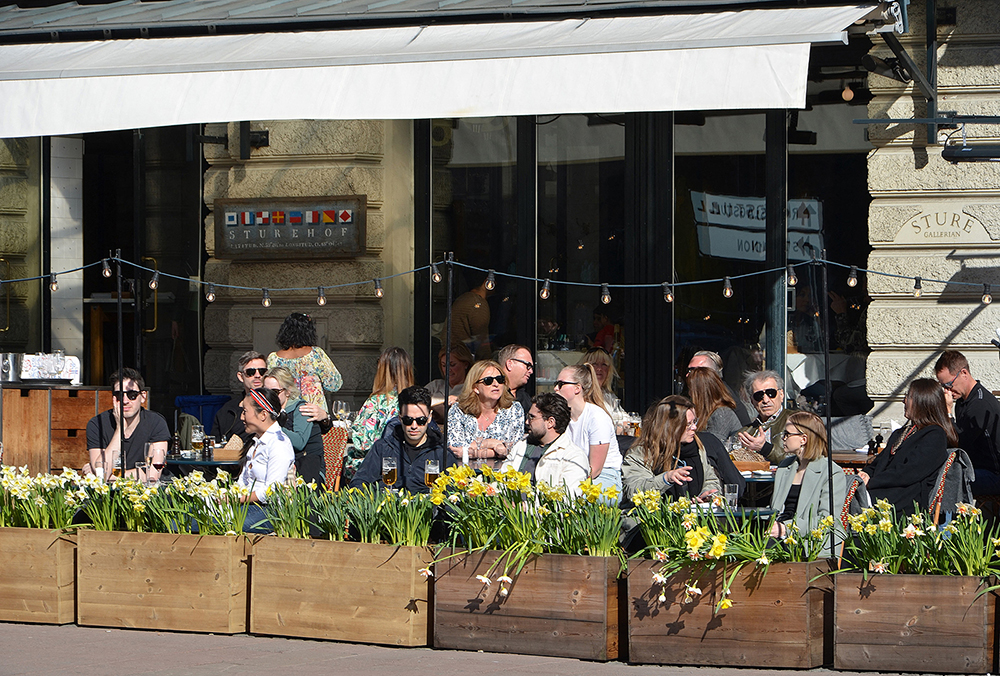 The lesson from Sweden is that an unchecked rate of infections is what leads to economic damage — not government shutdowns or mandates.

A packed restaurant despite the coronavirus pandemic in Stockholm, Sweden, April 7, 2020. Despite social distancing guidelines from the World Health Organization, Sweden has resisted lockdowns, instead keeping open schools, gyms, bars and restaurants and relying on citizens to caution themselves. Photo by (Peter Johansson/Stella Pictures/Abaca Press/TNS)

Long the lovechild of progressives, Sweden has hit the skids in regards to its laissez-faire response to the COVID-19 pandemic.

And instead of proving prescient, the country’s independent streak against strict measures is costing thousands of lives.

The lesson is invaluable to the rest of the world itching to get back to normal.

Sweden has taken a “soft approach” to the pandemic. Instead of shutdowns and stay-at-home orders, they have asked citizens to avoid public transportation, eschew large crowds and if elderly, to self-isolate.

The trade-off for such behaviors is that most schools, businesses and industries remain open in order to keep the economy humming.

We can do this, he said.

And by almost all accounts, Tegnell has been  wrong to instill a false confidence that COVID-19 can be easily managed.

Sweden’s mortality rate today is several times that of its Scandinavian neighbors, and one of the highest in the world. Per million people, Sweden has suffered 40% more deaths than the United States, which leads the world in coronavirus fatalities.

As for its economy, Sweden has fared no better than its neighbors.

Across the board, Scandinavian countries are looking at economic declines of 4%-7% for 2020.

The lesson from Sweden is that an unchecked rate of infections is what leads to economic damage.

The number of people now falling ill and dying from the virus in Houston and San Antonio, Miami and Phoenix are overwhelming their healthcare systems, industries and businesses, and societies as a whole.

The same fate played out in New York City, Chicago and Detroit.

Across the country, fear of contracting the virus, not government-imposed restrictions, is bringing consumerism to a standstill. A new study by economists at the University of Chicago found that only 7% of the change in U.S. consumer mobility can be attributed to lockdowns. The rest is due to our aversion to social interaction because of the virus.

In other words, until we act responsibly and the spread of the virus drops dramatically, consumers will prefer living close to the vest and economies will suffer.

Maybe this time around, we’ll do it right.