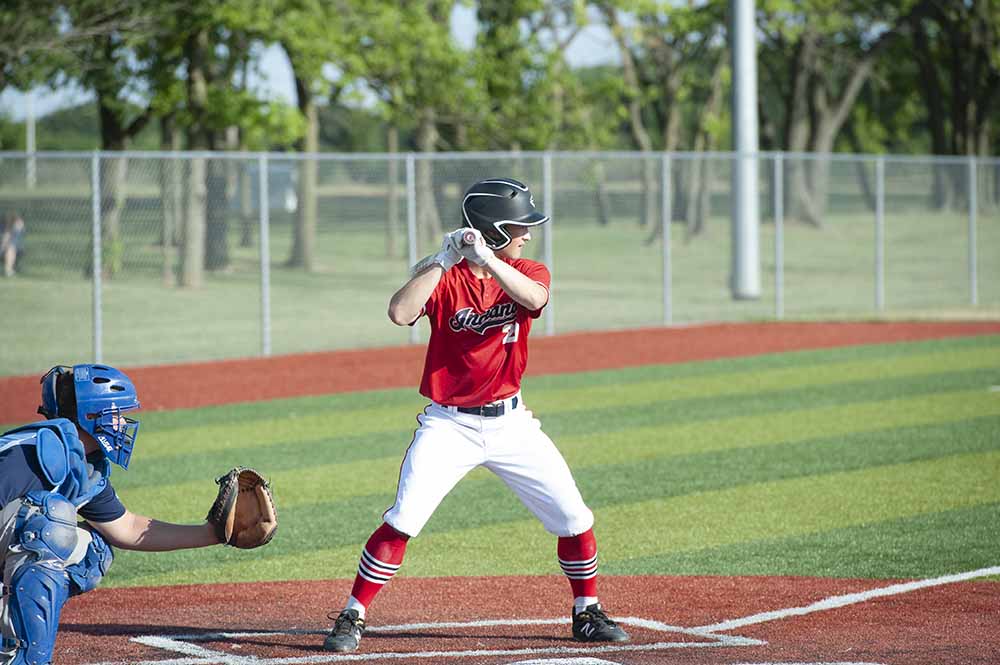 Indians get back on winning track in Independence

Indians stay ahead of Cardinals at all times during the two-game series.

Gavin Page at the plate for the Indians last Wednesday against Chanute. Photo by Erick Mitchell / Iola Register

INDEPENDENCE — The A Iola Indians rebounded from their two losses last week against Chanute to win both games against Independence on Tuesday.

The Indians’ power at the plate was too much for the Montgomery County Cardinals. Iola won both games, taking game 1 10-4 and game 2 14-7.

The Indians never trailed at any point against the Cardinals, opening the two-game series with two runs in the first. Cooper Riley brought in the runs off a Cardinal error, and Gavin Page added to that lead with an RBI in the second.