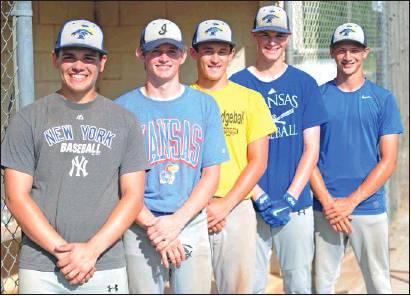 The five all-state players are the most Iola has gotten in school history. The 2013 team that finished second at state had four players honored.