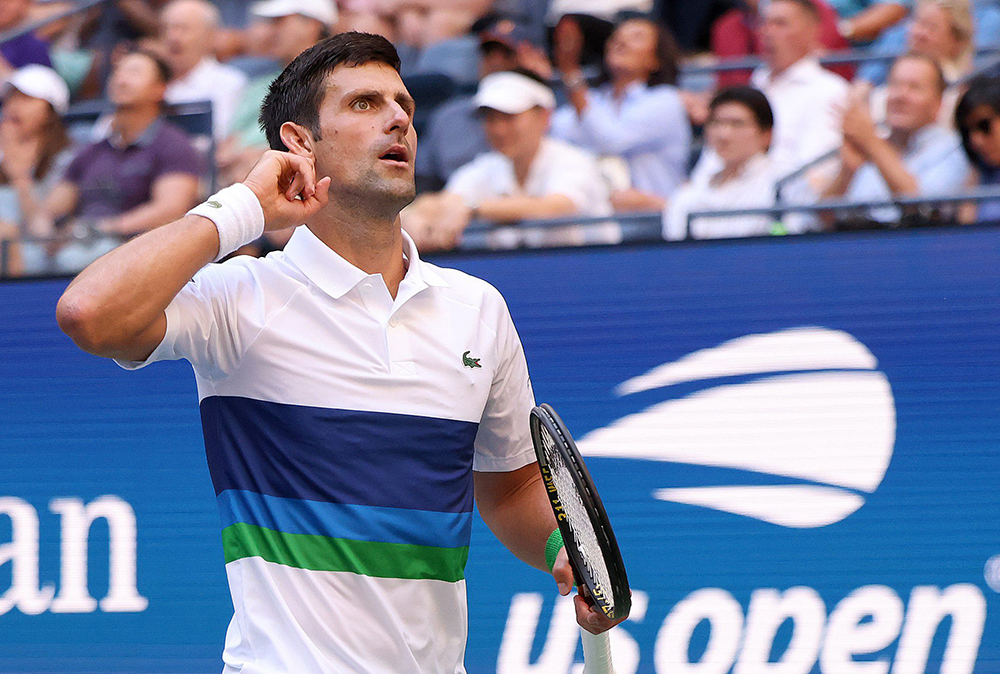 Novak Djokovic dropped his first set against Matteo Berrettini Wednesday, but responded with a wallop, rolling the rest of the way to win their U.S. Open quarterfinal. Djokovic is two wins away from earning the first calendar year Grand Slam in men's tennis since 1969.

Novak Djokovic reacts to the spectators while competing in the US Open in 2021. Photo by Andrew Schwartz / TNS

NEW YORK (AP) — Never fazed, rarely flummoxed, Novak Djokovic is so collected in best-of-five-set matches — even when falling behind, as he has done repeatedly at the U.S. Open.

No opponent, or the prospect of what’s at stake, has been too much to handle. Not yet, anyway. And now he’s two wins away from the first calendar-year Grand Slam in men’s tennis since 1969, along with a men’s-record 21st major championship overall.

Djokovic ceded the opening set for the third consecutive match at Flushing Meadows — and ninth time at a major in 2021 — but again it didn’t matter, because he quickly corrected his strokes and beat No. 6 seed Matteo Berrettini 5-7, 6-2, 6-2, 6-3 in a quarterfinal that began Wednesday night and concluded after midnight Thursday.