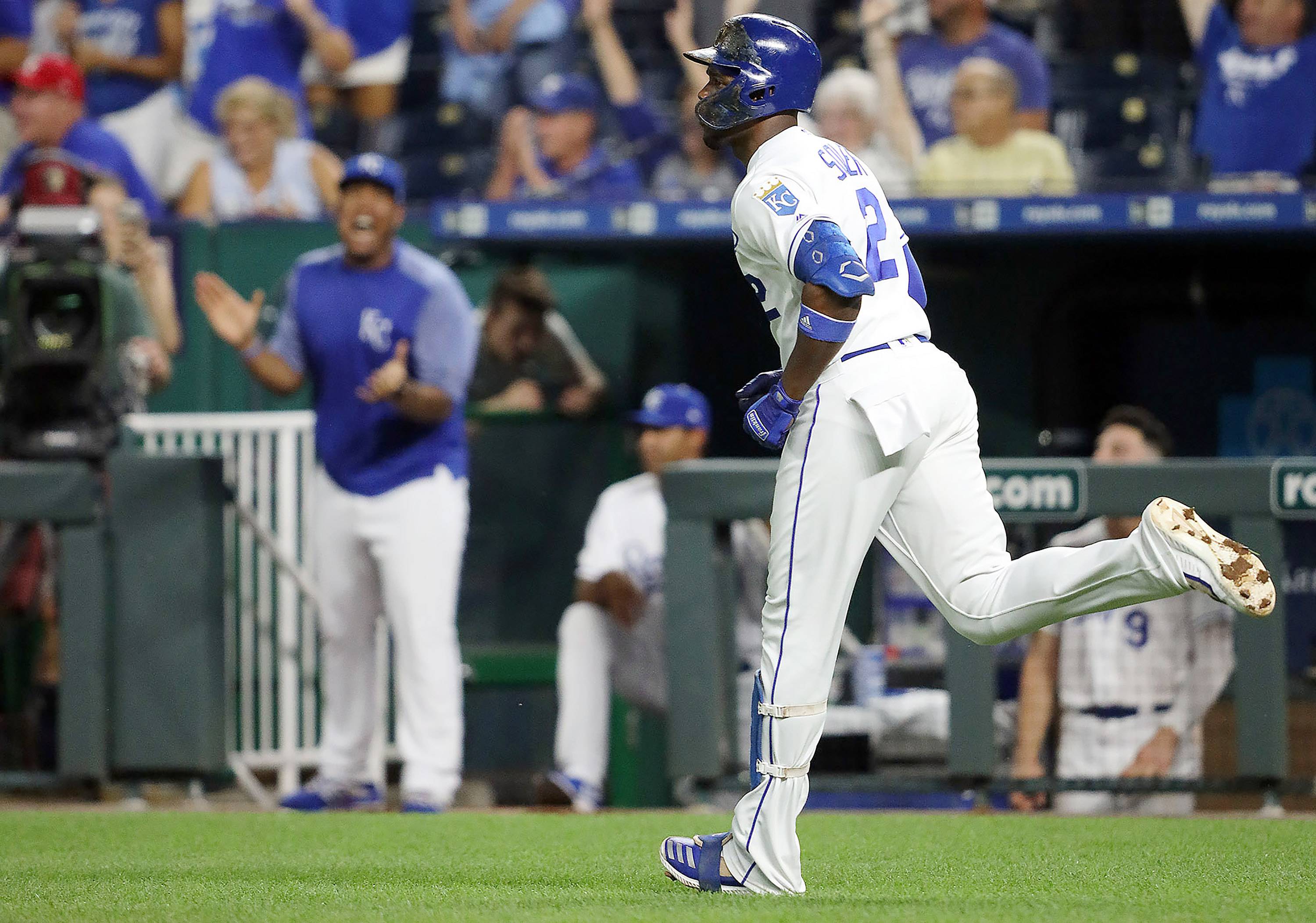 Jorge Soler of the Kansas City Royals rounds the bases after hitting his 39th home run of the year, a single-season club record, during the third inning against the Detroit Tigers on Tuesday. JAMIE SQUIRE/GETTY IMAGES

KANSAS CITY, Mo. (AP)  Jorge Soler got Kansas City going with a record-breaking home run before Ryan OHearn ended the game with one swing of his bat.

Soler eclipsed the franchise home run mark with his 39th homer of the season and OHearn hit a pinch-hit, game-ending home run in the bottom of the ninth to lift the Royals to a 6-5 win over the Detroit Tigers on Tuesday night.

OHearn sent the first pitch he saw from Zac Reininger (0-1) in the ninth inning over the fence in right field after a seesaw final three innings.