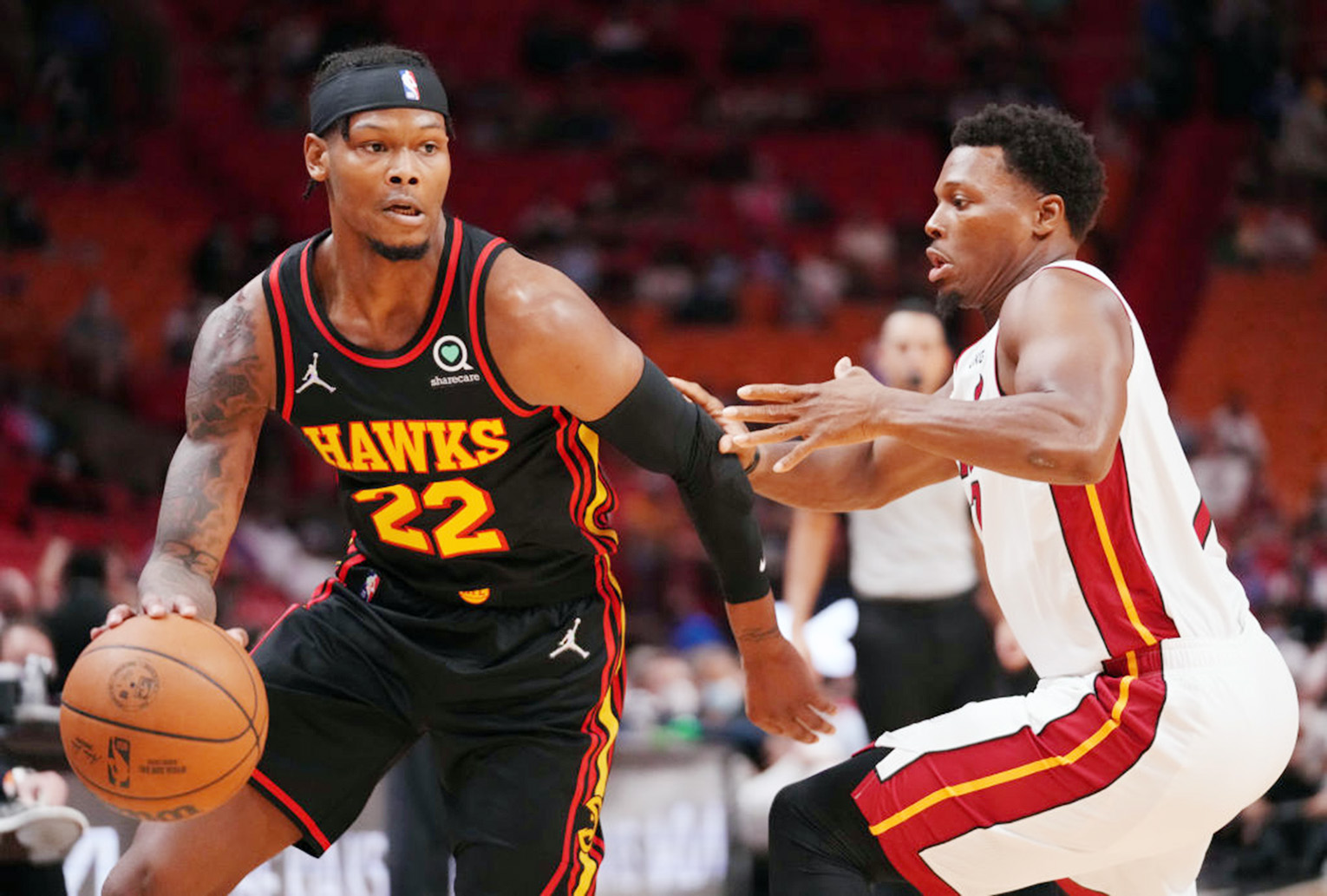 To help expedite a rebuild, the Atlanta Hawks traded forward Cam Reddish to the New York Knicks for a first-round draft pick in the 2022 NBA draft.

Cam Reddish #22 of the Atlanta Hawks drives to the basket against the Kyle Lowry #7 of the Miami Heat during a preseason game at FTX Arena on Oct. 4, 2021 in Miami, Florida. (Mark Brown/Getty Images/TNS) Photo by TNS

Atlanta confirmed the move on Thursday. The Hawks also are sending forward Solomon Hill and a 2025 second-round pick to the Knicks, and small forward Kevin Knox is heading to Atlanta in the deal.