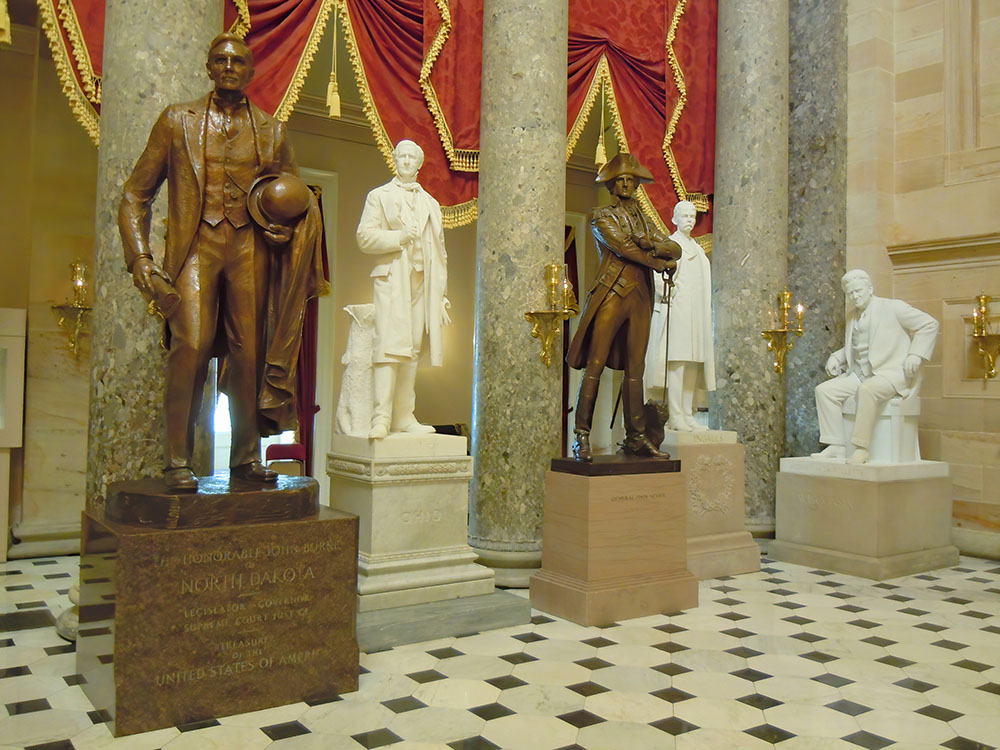 "Defenders and purveyors of sedition, slavery, segregation and white supremacy have no place in this temple of liberty" — Steny Hoyer, House Majority Leader

Statues located in the National Statuary Hall Collection in the Capitol Building in Washington D.C. Photo by (Nigel Hoy/Dreamstime/TNS)

WASHINGTON (AP) — The House has approved a bill to remove statues of Gen. Robert E. Lee and other Confederate leaders from the U.S. Capitol, as a reckoning over racial injustice continues following the police killing of George Floyd, a Black man, in Minneapolis.

The House vote also would remove a bust of Chief Justice Roger B. Taney, the author of the 1857 Dred Scott decision that declared African Americans couldn’t be citizens.