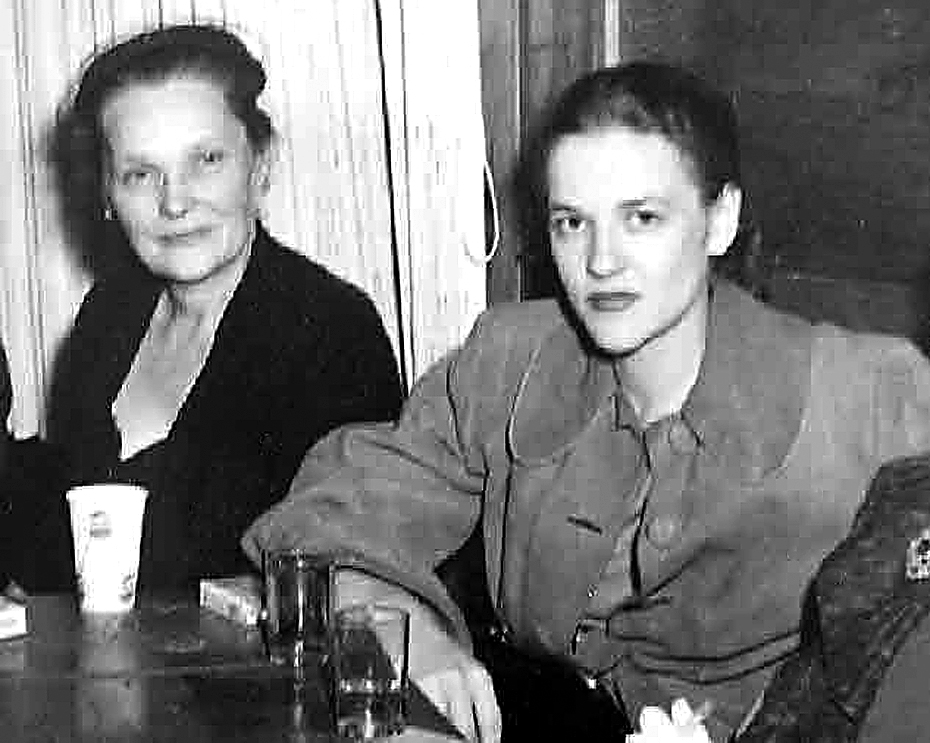 Mary Lenski and her daughter, Marlene.

An ordinance banning the old-fashioned privy within Iola city limits was passed yesterday afternoon by the governing body. In effect it grants one year in which such toilets may be connected with sewer lines and equipped with adequate flushing facilities. A similar ordinance passed in 1949 or 1950 was repealed following the 1951 flood. Many of the homes in the flood district were equipped only with outside toilets. The Red Cross and other agencies were willing to help rebuild these but would not help finance more modern toilets.

Following the request of the Iola Junior Chamber of Commerce to be relieved of all responsibility for the operation of Go-Karts in Riverside Park, Mayor Mack Colt instructed Everett Shepherd, police chief, to post a notice barring the use of the machines in the park. During the summer the Jaycees had maintained a supervised Go-Kart track on the tennis court.