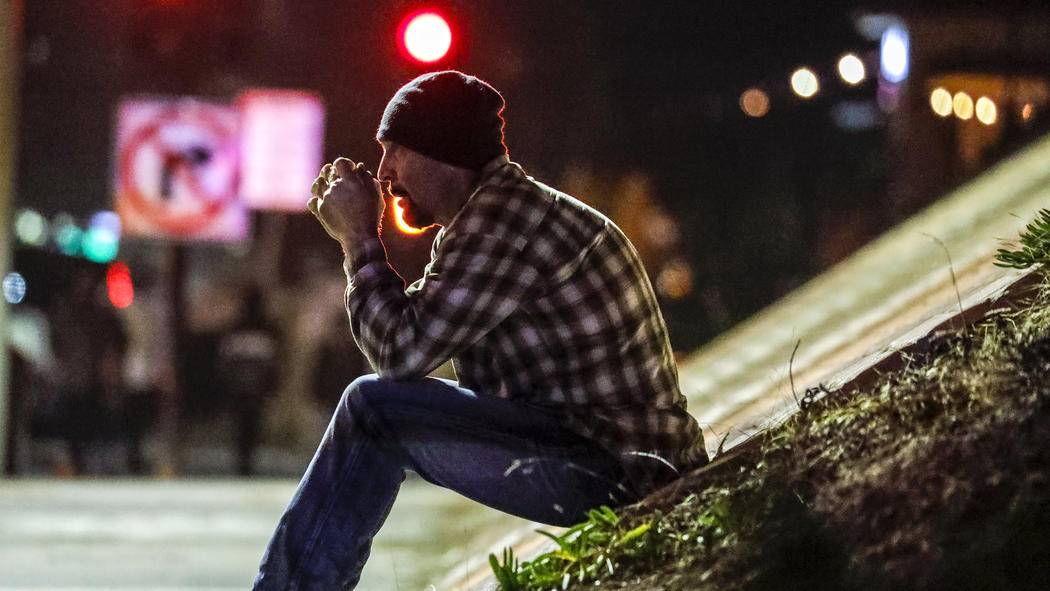 Tim Dominguez, who was in the bar with his son during the shooting, grieves alone under a nearby overpass. (Photo: Irfan Khan / Los Angeles Times)

THOUSAND OAKS, Calif. (AP)  Using a smoke bomb and a handgun, a hooded gunman dressed all in black opened fire during college night at a country music bar in Southern California, killing 12 people and sending hundreds fleeing in terror, authorities said today. The gunman then apparently killed himself.

Authorities said the motive for the attack Wednesday night was under investigation.

The killer was identified as Ian David Long, a 28-year-old former Marine.