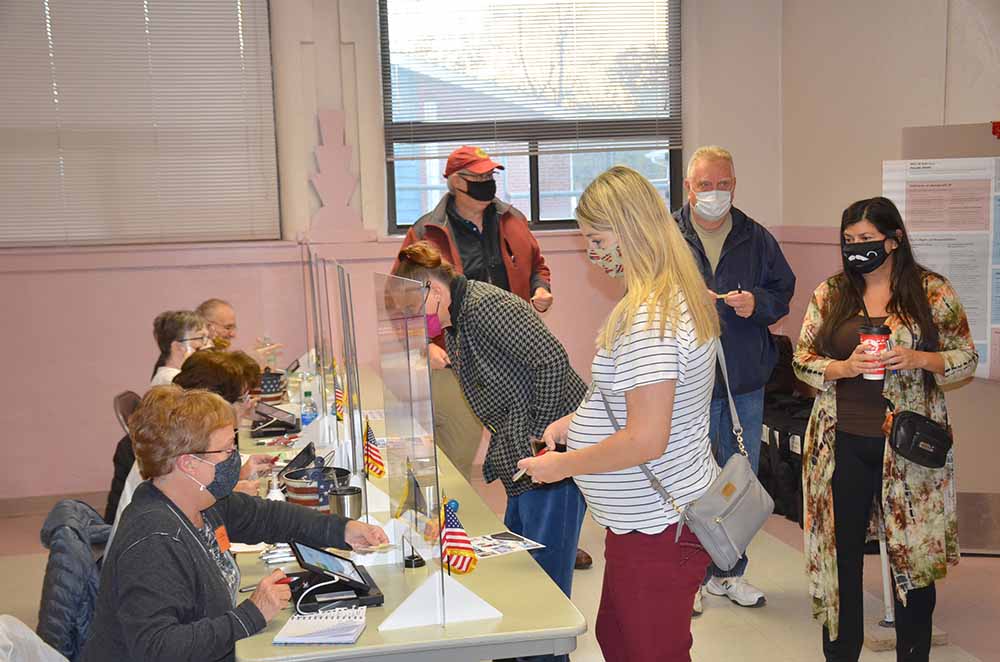 Following the election, the chairs of county Republican and Democratic parties will reorganize and look to the future. The county seems to be becoming more conservative.

Tiffany Koehn checks in to vote early Tuesday morning. She is assisted by Lori Moran. An estimated 40 people were waiting for polls to open at 7 a.m. Registered voters have until 7 p.m. to cast their ballot. Photo by Tim Stauffer / Iola Register

Nov. 3’s general election held little suspense for voters in Allen County. No incumbents were unseated, no races too close to call (unless you count the coin flip necessary to break a two-vote tie between Rodney Edson and Lonnie Larson for Iola Township Trustee).

Indeed, Allen County Democratic Chair Mike Bruner, who lost in his attempt to unseat incumbent state senator Caryn Tyson, was also unsurprised by the results. They were “kind of what I expected. No big surprises,” said Bruner. “We looked at these elections in Allen County as a party-building exercise.”

Jim Talkington, who chairs Allen County’s Republican Party, remarked, “We’ve always had a strong Republican party here in Allen County.” He agrees that, “it was the presidential side of the equation” that got people out to vote. “Also the Marshall/Bollier race was pretty contested. The Democrats came in with a lot of money, and Republicans responded.”