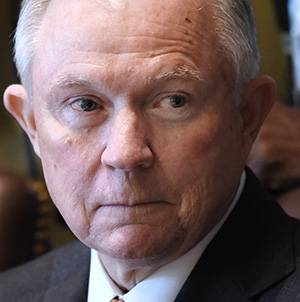 WASHINGTON (AP) ? Attorney General Jeff Sessions was pushed out after enduring more than a year of blistering and personal attacks from President Donald Trump, who inserted in his place a Republican Party loyalist with authority to oversee the remainder of the special counsel?s Russia investigation.

The move Wednesday has potentially ominous implications for special counsel Robert Mueller?s probe given that the new acting attorney general, Matthew Whitaker, until now Sessions? chief of staff, has questioned the inquiry?s scope and spoke publicly before joining the Justice Department about ways an attorney general could theoretically stymie the investigation.

Congressional Democrats, concerned about protecting Mueller, called on Whitaker to recuse himself from overseeing the investigation in its final but potentially explosive stages.