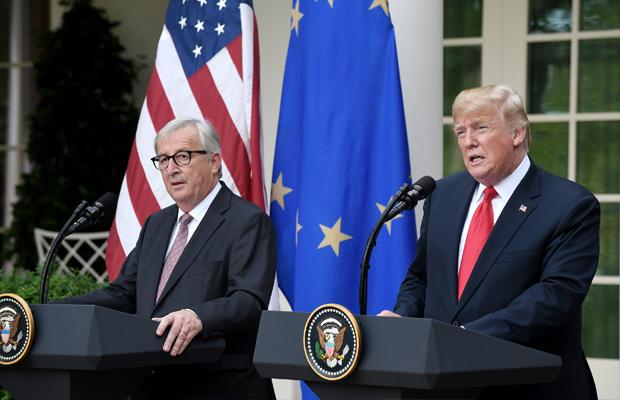 Backing off auto tariffs, US and EU agree to more talks

U.S. President Donald Trump speaks as European Commission President Jean-Claude Juncker looks on during a press conference on Wednesday at the White House.

WASHINGTON (AP)  President Donald Trump and European leaders pulled back from the brink of a trade war over autos Wednesday and agreed to open talks to tear down trade barriers between the United States and the European Union.

But while politicians and businesses welcomed the deal Thursday, the agreement was vague, the negotiations are sure to be contentious, and the United States remains embroiled in major trade disputes with China and other countries.

In a hastily called Rose Garden appearance with Trump, European Commission President Jean-Claude Juncker said the U.S. and the EU had agreed to hold off on new tariffs, suggesting that the United States will suspend plans to start taxing European auto imports  a move that would have marked a major escalation in trade tensions between the allies.