Cause of Indonesia tsunami pondered amid search for missing 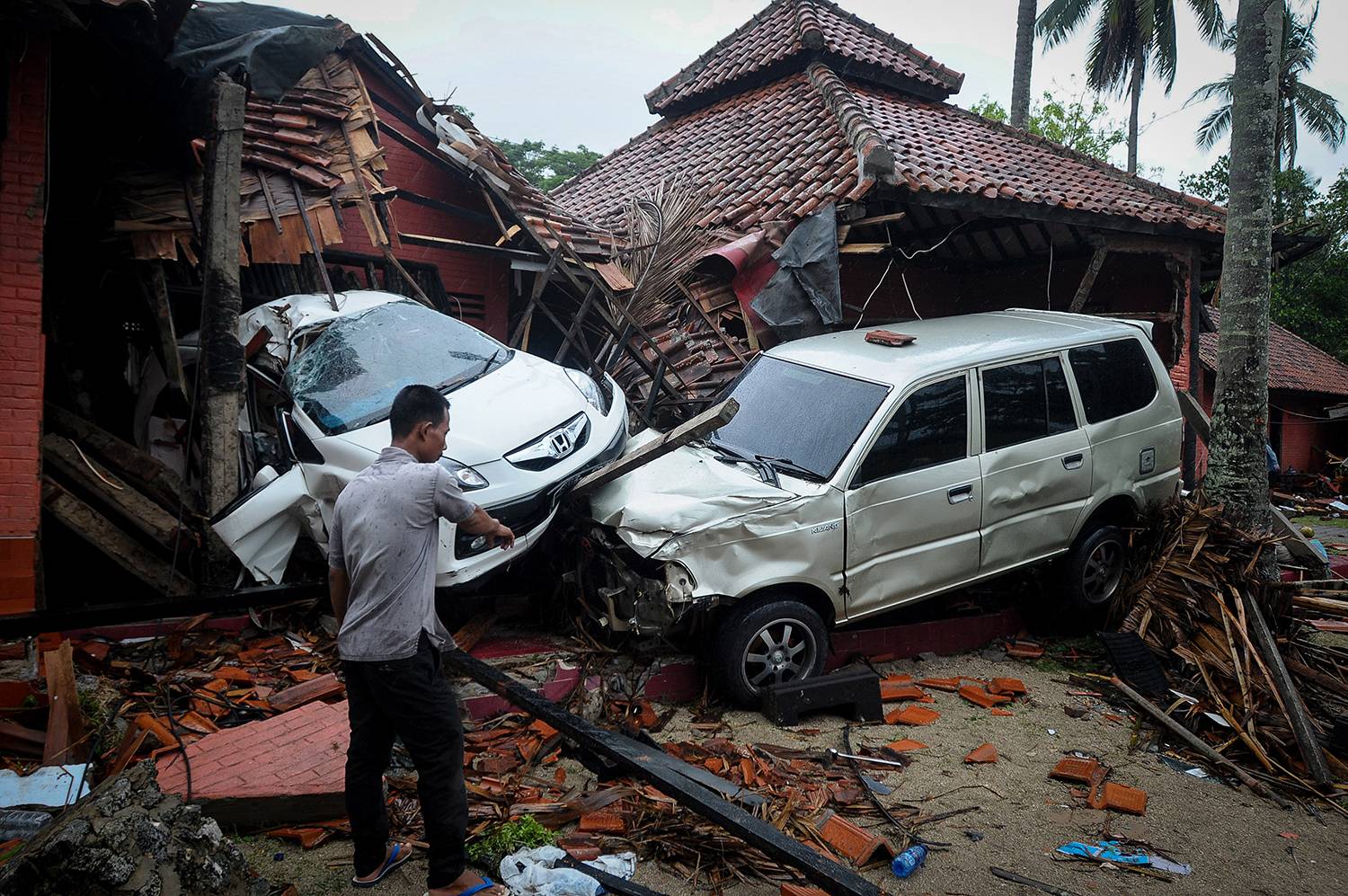 A view of damaged buildings in Banten. (TNS)

TANJUNG LESUNG, Indonesia (AP)  Indonesian President Joko Widodo today toured areas devastated by his country’s latest tsunami, as efforts to collect the hundreds of dead and save the injured were stepped up and scientists collected evidence on how a volcanic eruption triggered the tragedy.

Casualty figures from Saturday night’s disaster continued to rise, with at least 281 people confirmed killed and more than 1,000 injured. They were certain to rise further, with scores still missing from the affected areas along the coastlines of western Java and southern Sumatra islands, where hundreds of military personnel and volunteers were conducting their grim search along debris-strewn beaches.

Where victims were found, yellow, orange and black body bags were laid out, and weeping relatives identified the dead.