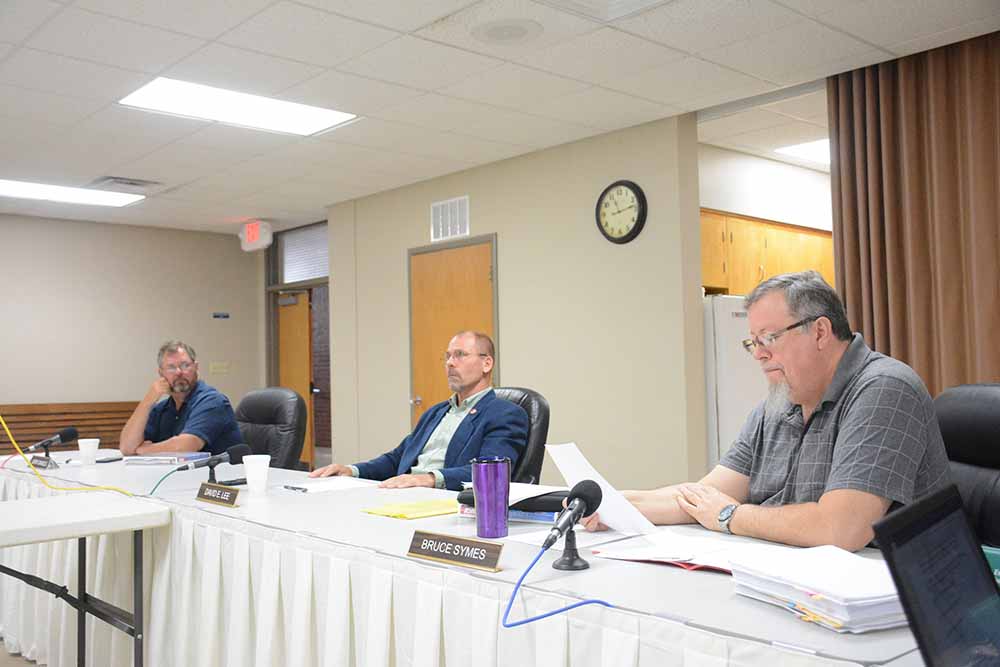 Allen County Commissioners decided to pursue a contract with American Medical Response, and let its existing EMS contract with the City of Iola expire on Dec. 31.

Allen County will pursue a contract with a private company to provide countywide ambulance services starting in 2022.

County commissioners voted, 2-1, Tuesday to negotiate solely with American Medical Response, and to let its existing EMS contract with the City of Iola expire on Dec. 31.

The move is certain to have major ramifications within the Iola Fire Department, because firefighters man ambulances throughout the county from stations in Iola, Humboldt and Moran.

“The decision was not made lightly,” Commissioner David Lee said, noting he’d had “a lot of sleepless nights” during negotiations. “But at the end of the day, I think the contract we’re gonna be pursuing is better for the county.”

“My vote will reflect my wish to continue the arrangement with the city,” Symes said. “That being said, I truly do respect the thought and work that’s been put into this by all parties, especially my fellow commissioners. We’ll enter this new agreement with every intention of it being successful to continue providing the best service we can to the residents of Allen County.”

The county previously notified Iola officials that it intended to let the EMS contract expire at the end of year, while inviting the city to submit a proposal to continue the service. Then, in June the county announced it would choose either the city or AMR.

Both entities offered up bids with several options in regard to staffing size, billing and vehicle procurement.

The AMR bids ranged from $1.2 million to $1.45 million, while Iola’s options ranged from $1.4 million for the same level of service it currently provides, to as much as $1.98 million for increased service and having the city purchase future ambulance units.

Both AMR and the city also offered competing bids to handle billing services.

LOSING the ambulance contract is certain to mean a smaller Iola Fire Department.

Just how lean it will get is the big question.

As for the current firefighters and ambulance personnel, AMR’s Jason Jenkins  told county commissioners his company relies on a local workforce. He promised that qualified applicants in Allen County would get the first priority when it comes to staffing.

“Any time we’re awarded a new contract, we depend on the folks in the community that currently hold the positions. … That’s where the expertise exists,” Jenkins said then. “We don’t have paramedics and EMTs in a closet at headquarters that we’re going to fly out and put on ambulances.”

Nevertheless, the decision to go with AMR was disappointing and disheartening, Iola Mayor Jon Wells told the Register.

“Since my time in office, the city has partnered with the county in all matters concerning public health,” Wells said. “We have viewed ourselves as one county and time and again provided the best services for all citizens.  We have extended these services beyond the original life of the contracts, in order to assure access to quality healthcare across the county.

”For the past seven years the city has supported and provided the county with EMS,” Wells continued. “We have done so as partners and delivered over 14,000 successful ambulance runs.  Both the county and city acknowledged that the cost of these services far exceeded the county’s support.

Wells noted the city also answered the call in extending the contract past its original expiration date in 2020 because of the COVID-19 pandemic “to benefit all citizens of Allen County.”

“On behalf of the city, I wish to apologize and thank them for their exemplary and professional service. While the county has decided to terminate its partnership with the city, when it comes to issues of public health the city will continue to act in the best interests of not only our citizens but of all the citizens of Allen County.”

AMBULANCE service for the city and county has been an occasionally touchy subject for more than a decade.

For the last quarter of the 20th century, Iola and Allen County worked together in a cooperative agreement, in which the county was responsible for EMS, while ambulances in Iola were run by Iola firefighters in exchange for an annual subsidy.

A split occurred in 2009 after county commissioners announced their intentions to assume all EMS responsibilities for the county. In response, the Iola officials started up a city-only ambulance service.

Wary of the costs of running duplicated services, including having ambulance stations just a few blocks from each other, the two sides reached agreement on a contract in 2012 in which Iola oversaw countywide EMS, a system that’s been in place since 2013.

The original contract was scheduled to expire at the end of 2020, but was extended a year amid the ongoing COVID-19 pandemic.