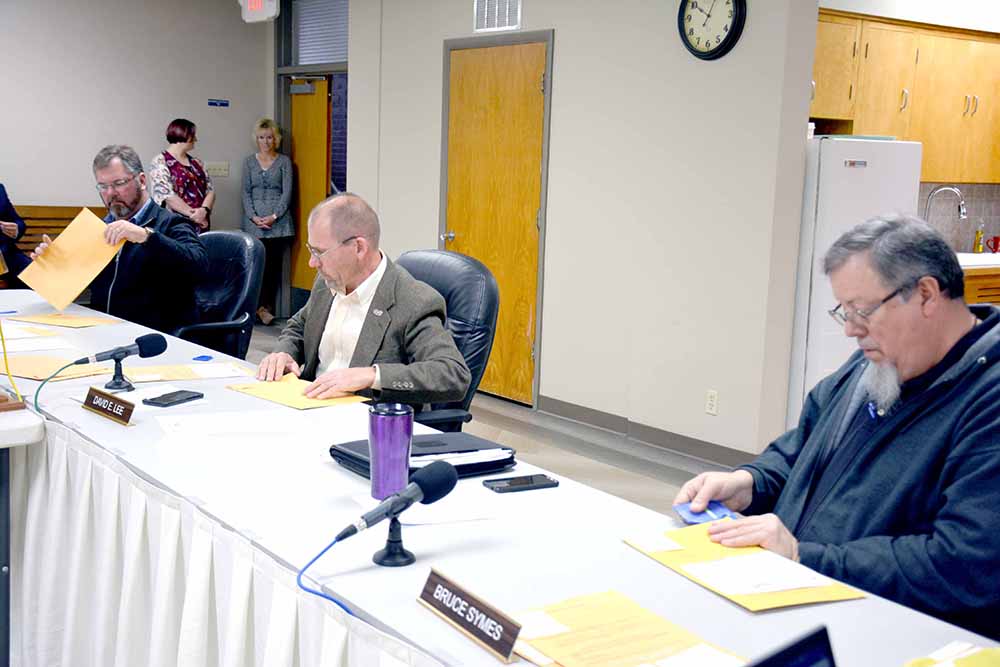 A question remains if Iola Council member Mark Peters can serve a dual role on the college board of trustees. County Clerk Sherrie Riebel said an attorney general's opinion shows a potential conflict of interest.

The detailed canvass showed Davis will keep his seat, with an official vote count of 175 to Cynthia Hollinsworth’s 167.

Hollinsworth, though, also was re-elected to the Humboldt City Council, so she’ll be able to remain in city government.

Another close race in Moran was confirmed in Tuesday’s canvass.

Three seats were up for election at the Marmaton Valley school board. Incumbent Bill Bigelow easily won re-election. The other two candidates, Joe Sutton and Jackie Walls, tied with 73 votes apiece.

There was some question, though, as to whether the 80 write-in votes would be enough to overcome that margin.

Sutton and Walls each picked up another vote from provisional ballots.

ONE question, though, still remains.

Mark Peters, an incumbent Iola Council member who retained his seat, also ran as a write-in candidate for one of three available seats on the Allen Community College Board of Trustees.

But County Clerk Sherrie Riebel said her research indicates it would be a conflict of interest for Peters to serve on both the city council and the college board of trustees. She cited an attorney general’s opinion on the matter, and believes Peters will need to decide which post he wants to keep.

Peters, though, has said he believes he can serve in both positions.

Ultimately, that question will need to be resolved. His term on the ACC board begins in January.

If Peters were to resign one of the seats, it would be filled by that governing body.

For example, if he resigns from the ACC board even before taking office, the trustees would pick a replacement. It would not automatically go to the next highest vote-getter.

Tuesday’s process included a review of provisional ballots to determine which were qualified ballots, such as if someone changed a name or address but hadn’t yet updated voter registration information.

Riebel reviewed the process of the audit, including safety measures such as always having at least two people transport ballots.

A committee also conducted an audit of Ward 2 in the Humboldt mayor’s race and a school board race, hand-counting the ballots to make sure results matched the tally from the clerk’s office. That race was selected in a random draw, Riebel said. The committee included two Democrats and two Republicans.

“There are a lot of steps to ensure the integrity of an election,” Commission Chairman Bruce Symes noted.