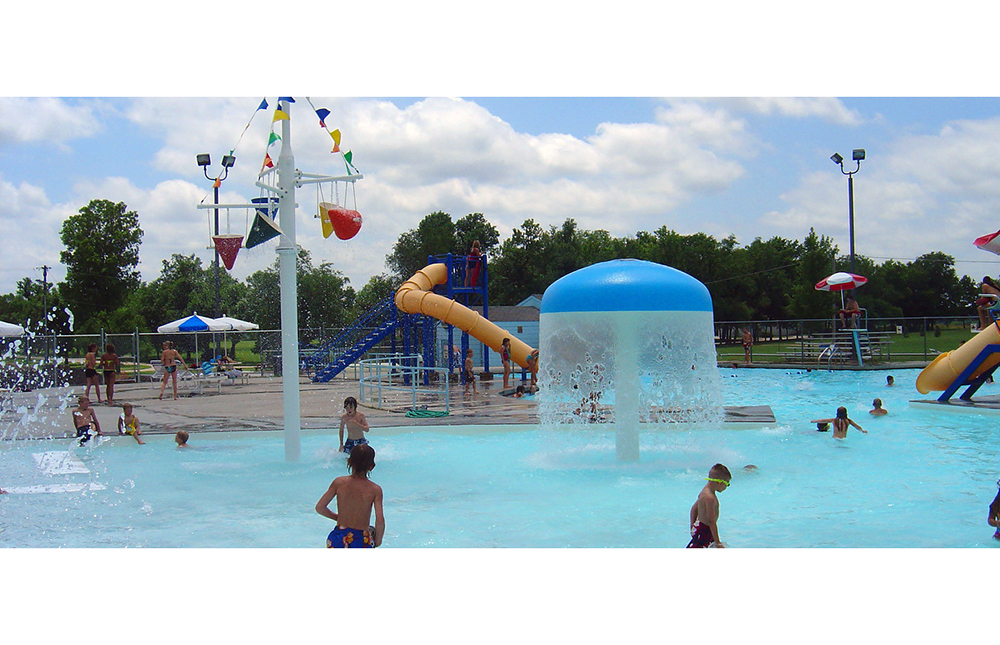 Humboldt City Council members voted Monday to keep the city's pool closed for 2020 because of the COVID-19 pandemic. Also discussed was the city's 2021 spending plan.

HUMBOLDT — Despite Mayor Nobby Davis’s gentle prodding that opening Humboldt’s swimming pool, albeit for only four weeks, would be greatly appreciated by area residents, his efforts failed to persuade council at their meeting Monday night.

By a unanimous vote, members decided the town’s municipal pool will remain closed for the summer.

“It sounds like a nightmare to manage,” said council member Paul Cloutier, in reference to the ongoing COVID-19 pandemic. “It’s unfortunate, but this is the world we’re living in right now.”

Humboldt Administrator Cole Herder said staffing is not a problem. “They are ready to go,” he said, noting lifeguards have undergone the necessary training.

But even if opened at this late date, the pool still would close on Aug. 12, when students are expected to report for school.

On the bright side, Herder said that by keeping the pool closed the city is saving money. “The labor to operate the pool costs far more than the revenue we get from ticket sales.”

In regards to the pandemic, Herder said city offices remain closed to the public and all staff wear masks.

“I feel it’s appropriate to support other government leaders,” in regards to wearing face masks to prevent the spread of the coronavirus, Herder said.

“There isn’t any evidence that this is going away. Allen County has eight cases now. Where other counties could be flattening the curve, we could begin to spike. I could see this lasting into next year,” he said.

The spending plan means the city can spend up to $1.57 million from its general fund in 2021.

An increase in property valuation means Humboldt can generate more dollars with each mill. Last year, each mill generated $9,300 in revenue. This year, $9,800.

With the increased mill levy and assessed valuation, the city can expect a revenue bump of $78,318.

In next year’s budget Herder included funding for economic development.

“I believe Humboldt is a player in economic development and on several occasions I have been invited to the table,” to join in discussions with leaders across the county, he said.

Herder proposed $20,000 for economic development, of which half would go to Thrive, and the other half for marketing, feasibility studies and the like.

A public hearing on the budget will be Aug. 10.

THOUGH news that city sales tax revenues are down was to be expected, Herder said he was puzzled that revenues began to dip “even before the pandemic hit.”

The League of Municipalities cautioned cities they may see drops by as much as 25% to 40%, Herder said.

“This is where it helps to have a little cash on hand to act as a buffer,” he said.

“We’ve had about $500,000 in a checking account for the last two years. It would help to have some of that earning some money,” he said.

“It’s not a lot, but why should we leave that on the table?” he posited.

A DOG park for the city could be getting legs.

Sheri Modlin, city code enforcement and animal control officer, told council members that Kathi Yocham is offering a good-sized parcel of land at the corner of 10th and Sycamore for the purpose of a dog park.

John O’Mara has offered to clear a concrete slab on the site.

Modlin said about 30 people have expressed interest in the idea.

“As it is, I take my three dogs to Mount Hope (Cemetery). I know I probably shouldn’t, but others do, too,” she said, to give their pets a chance to run around.

Herder said Fred Works, city attorney, said the “simplest way” for a dog park to come about is for it to be a private endeavor.

However, Council member Cindy Holinsworth was supportive of Modlin’s pitch, inviting her to present Council with a more detailed plan at their next meeting.

Iola and Chanute have city-owned dog parks that have proven to be very popular with the public.

COUNCIL members gave short shrift to an offer by Paul Finney to buy a parcel of land between the water tower and fire barn.

Finney is asking $22,000 for the parcel that Herder described as little more “than a gravel parking lot.”

THREE Council members attended the meeting via Zoom. The format will continue, providing those who prefer to stay away from a group setting the opportunity to participate.

The new ambulance station is up and running as of July 1. An open house will be conducted when the pandemic is a thing of the past.

Judy Arbeiter and Donna Ellsworth were appointed to the Housing Authority board.

James Akers was hired in maintenance.

Residents are urged to complete the 2020 U.S. Census. Herder noted Kansas has dropped out of the “Top 10.” Humboldt, however, leads the county in its response rate, with 68.5% completing the census. Iola sits at 63.8%.