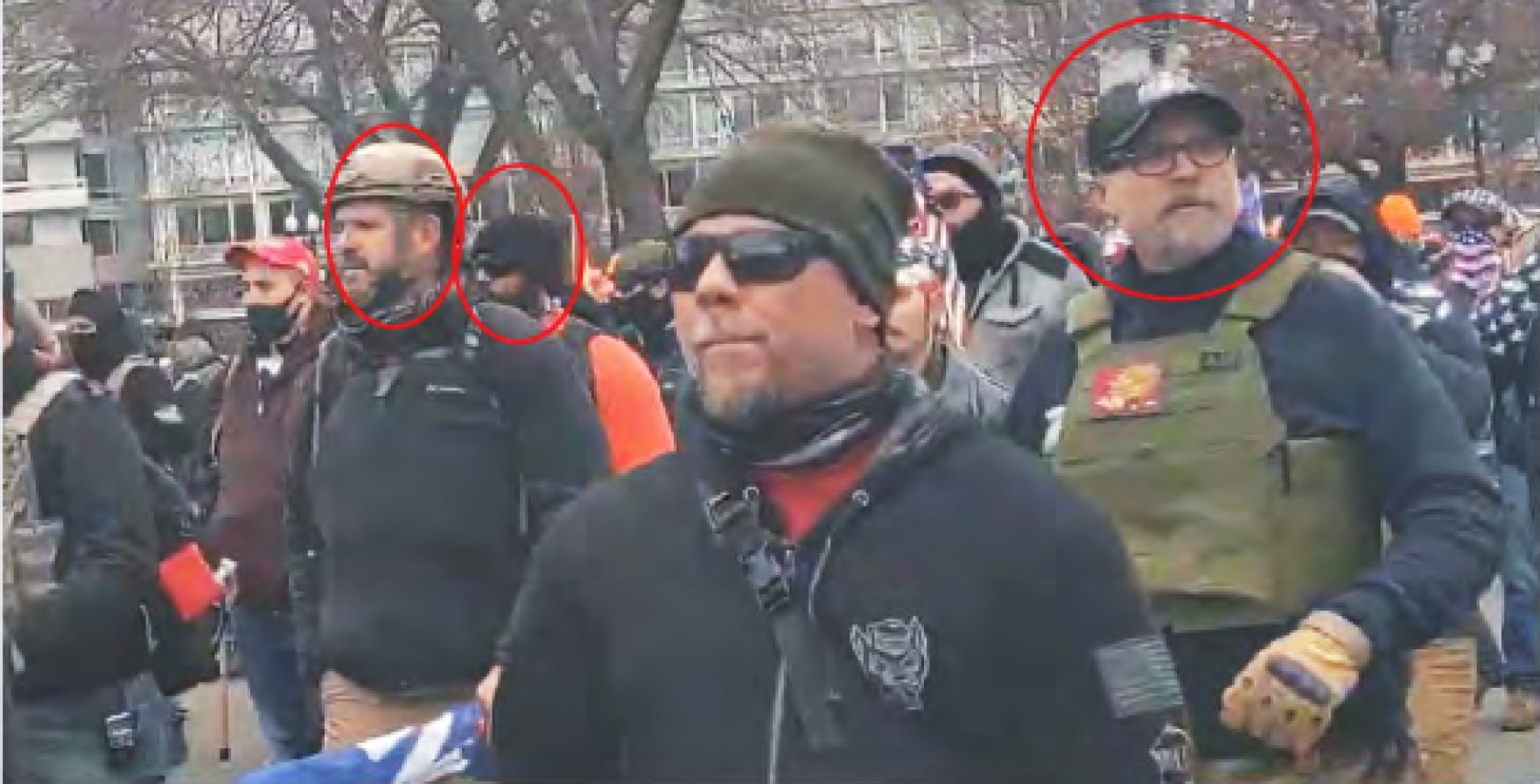 A federal criminal complaint unsealed Thursday says the three, along with two others from Arizona, are alleged to be part of the Kansas City Proud Boys, a division of the larger white supremacist group.

William Chrestman of Olathe, circled at right, Christopher Kuehne of Olathe (far left, circled) and Louis Colon of Blue Springs (also circled), in a photo released as part of a criminal complaint charging them in the Jan. 6 raid on the U.S. Capitol. Courtesy FBI

Dressed for battle in camouflage pants, a green tactical vest, black boots and a black baseball cap, William Norman Chrestman of Olathe was at the front of the line of rioters who faced down U.S. Capitol Police on Jan. 6.

A rolled-up Trump flag was in his hand, which would later be unwound to reveal a wooden club or ax handle, the FBI alleges in a 28-page criminal complaint. Orange fluorescent tape marked his helmet, which he carried at his hip.

As U.S. Capitol Police moved to arrest one of the rioters, Chrestman threatened that he’d shoot them. Then Chrestman turned to the crowd and shouted: