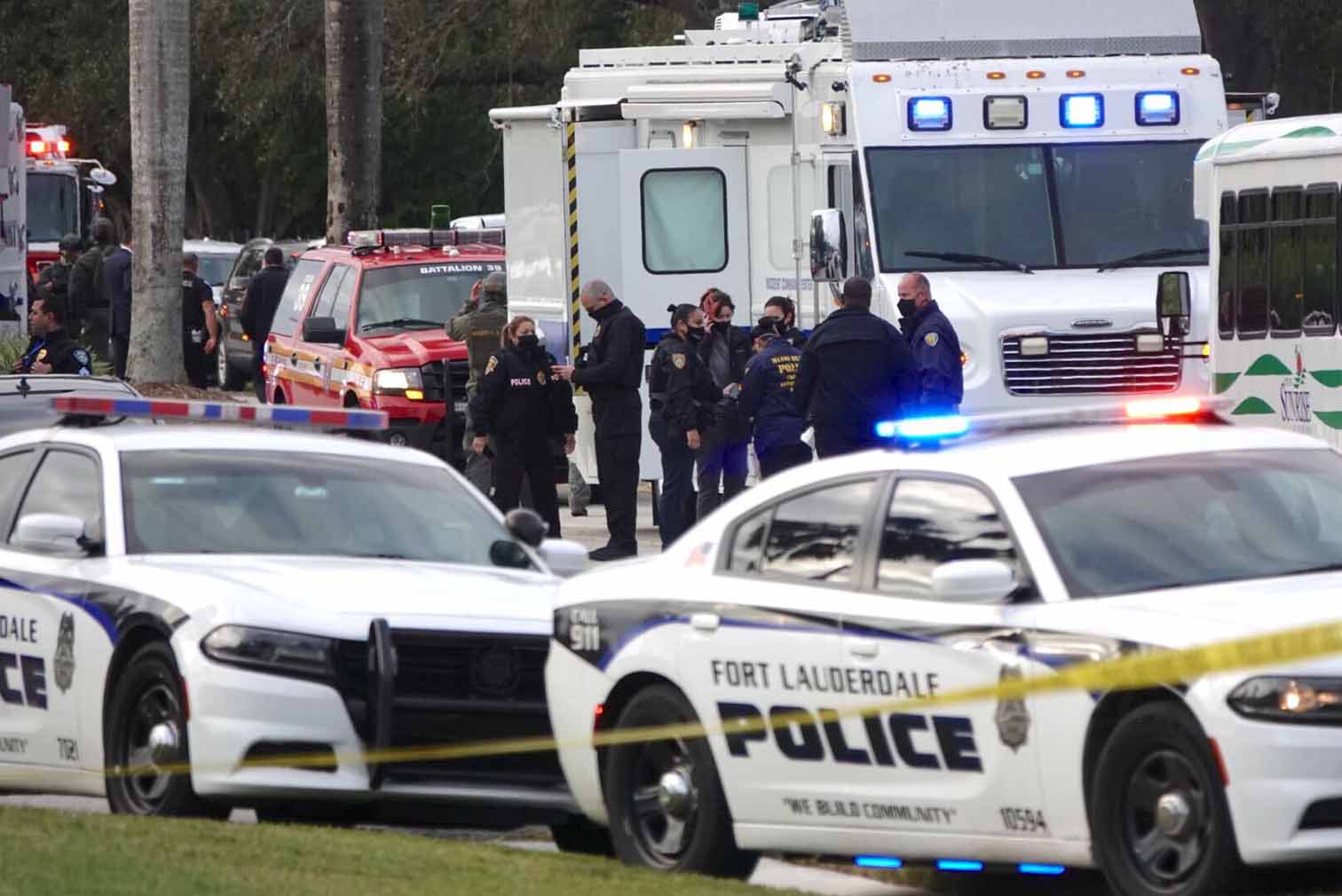 A gunman opened fire from inside his home as FBI agents attempted to serve a search warrant at an apartment as part of a child pornography probe. The gunman is believed to have taken his own life.

Two FBI agents were shot and killed in a Sunrise, Florida, neighborhood attempting to serve a warrant on Tuesday, Feb. 2, 2021. Photo by (Joe Cavaretta/South Florida Sun-Sentinel/TNS)

SUNRISE, Fla. (TNS) — In the bloodiest day for the FBI in decades, two veteran agents were shot to death and three others wounded Tuesday morning when a gunman opened fire from inside his home as they attempted to serve a search warrant at an apartment in Sunrise as part of a child pornography probe.

The gunman, not yet identified by the FBI, is believed to have monitored the approach of the agents with a doorbell camera and ambushed them through the unopened door with a hail of bullets from an assault-style rifle, law enforcement sources told the Miami Herald.

“There are several huge holes in the door going outward,” one law enforcement official said.