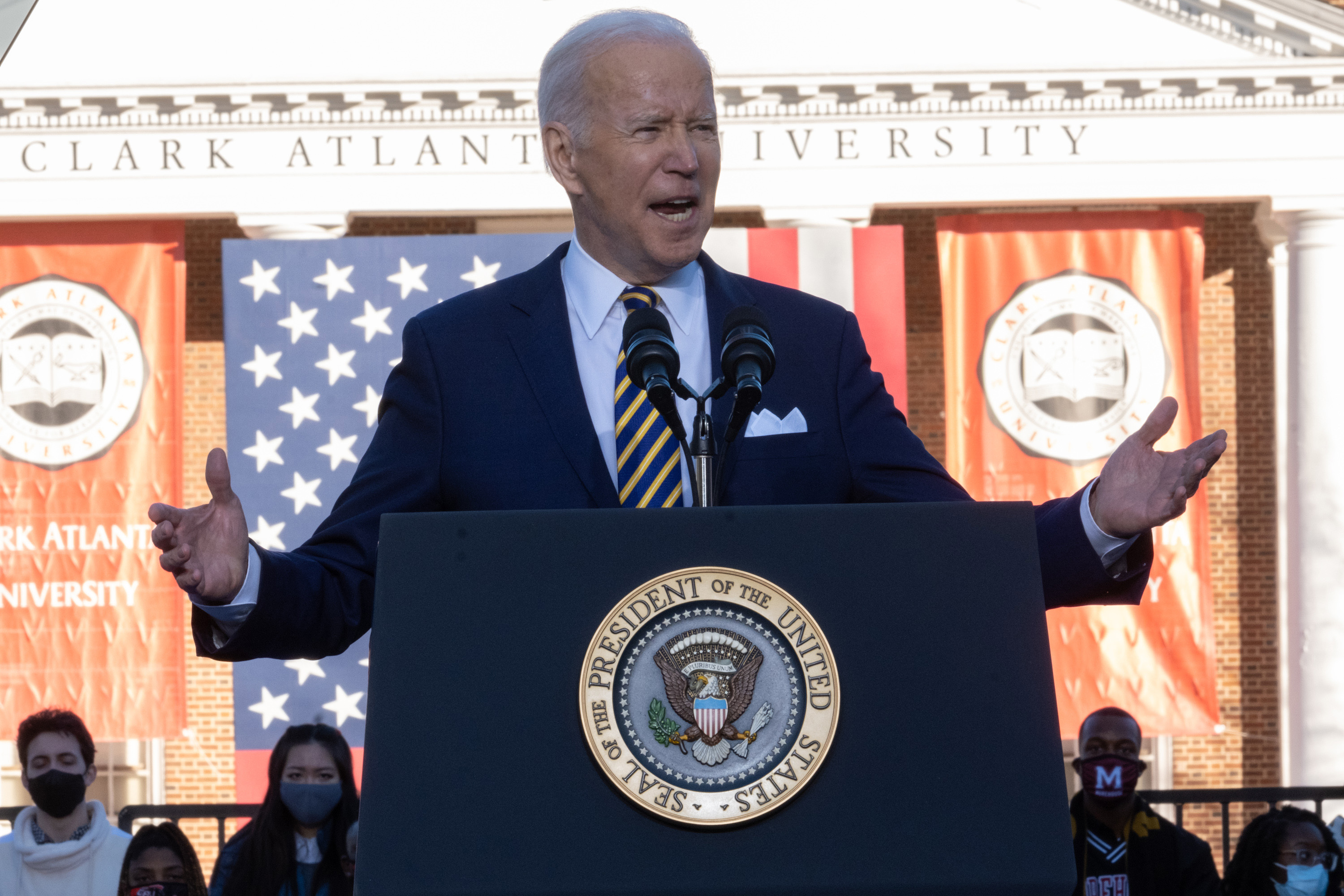 President Biden endorsed changing a rule that allows the minority party to block any bill that doesn't receive 60 votes in the Senate. Filibuster reform may be critical in an ongoing debate about voting rights.

WASHINGTON — President Biden, in a fiery speech Tuesday in Atlanta, called for changing Senate rules in order to pass voting rights protections, going further than he has before in an effort to unify Senate Democrats around what he framed as an existential issue for the country.

Biden, whose support for the legislative filibuster has softened in recent months, endorsed changing the rule that allows the minority party to block any bill that doesn’t receive 60 votes.

Lamenting that the Senate where he served 36 years “has been rendered a shell of its former self,” Biden said that if Republicans continue to block debate on two voting rights bills, “we have no option but to change the Senate rules … whichever way they need to be changed.

National News
Splintered Democrats stumble toward defeat on voting rights
Editorials
Biden’s agenda is getting buried in a legislative graveyard
National News
President Biden opens up to changing Senate rules on filibuster
Columnists
Filibuster a cudgel; not a deal-maker