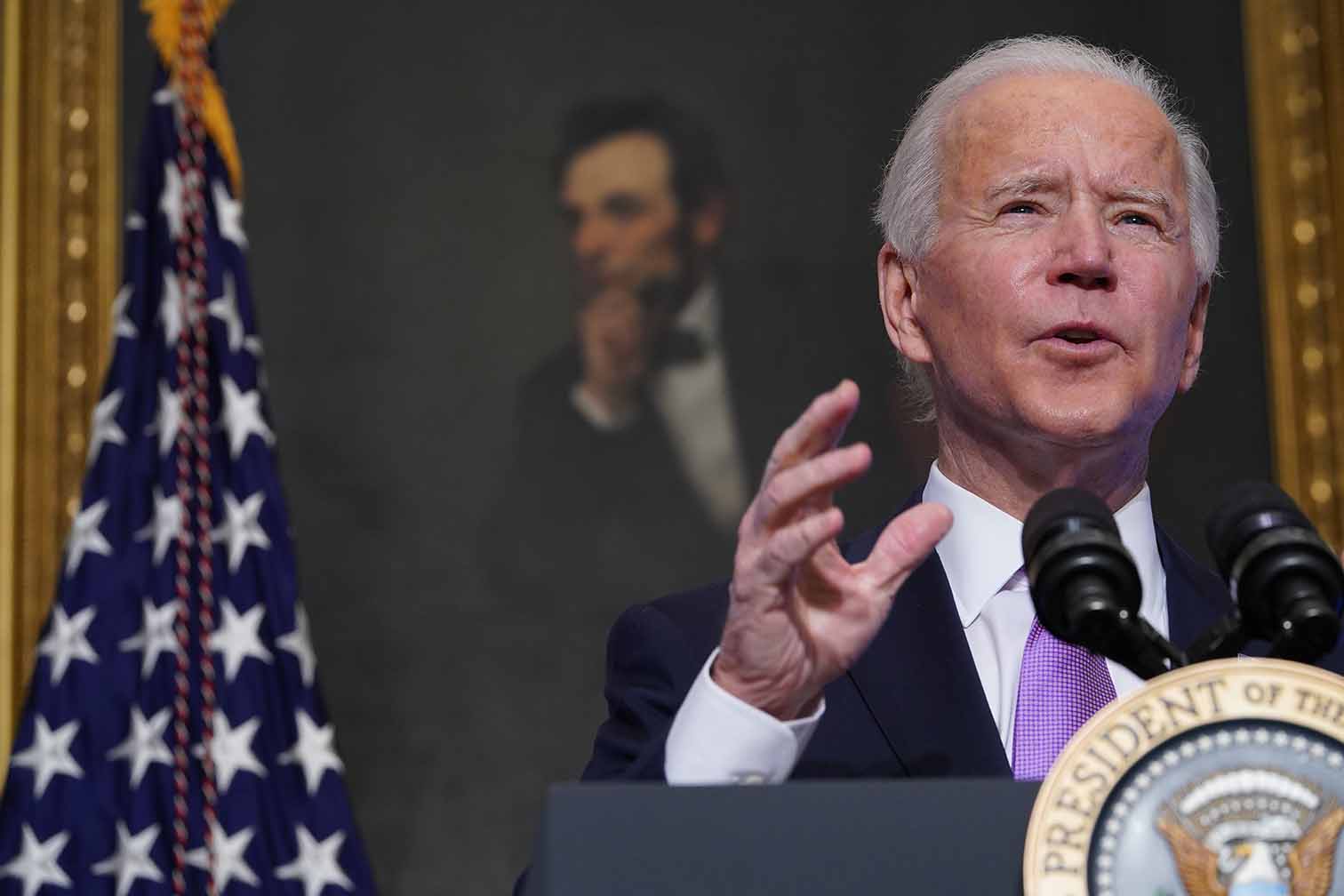 Biden to meet with GOP lawmakers to discuss virus relief

A group of 10 Republican senators want to spend about a third as much on coronavirus aid as President Joe Biden and Democrats want. They'll meet today to see if they can negotiate.

A painting of Abraham Lincoln is seen as President Joe Biden speaks on his administration's COVID-19 response in the State Dining Room of the White House in Washington, D.C. on Tuesday, Jan. 26, 2021. Photo by (Mandel Ngan/AFP/Getty Images/TNS)

WASHINGTON (AP) — President Joe Biden is set to meet today with a group of 10 Republican senators who have proposed spending about one-third of the $1.9 trillion he is seeking in coronavirus aid, though congressional Democrats are poised to move ahead without Republican support.

An invitation to the White House came hours after the lawmakers sent Biden a letter Sunday urging him to negotiate rather than try to ram through his relief package solely on Democratic votes. The House and Senate are on track to vote as soon as this week on a budget resolution, which would lay the groundwork for passing an aid package under rules requiring only a simple majority vote in the closely divided Senate.

The goal is for passage by March, when extra unemployment assistance and other pandemic aid expires. The meeting to be hosted by Biden would amount to the most public involvement for the president in the negotiations for the next round of virus relief. Democratic and Republican lawmakers are far apart in their proposals for assistance.