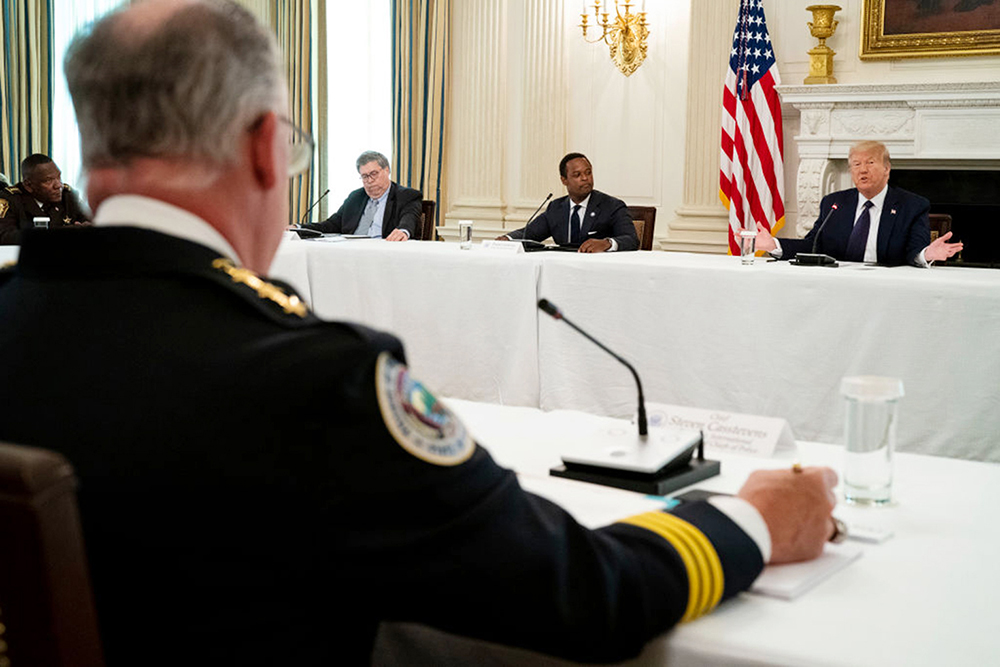 WASHINGTON  — As Joe Biden stood with the family of George Floyd on Monday in demanding police accountability, President Donald Trump also made clear where he stands, meeting with law enforcement officers and accusing Biden of undermining public safety.

Much of the nation is also taking a position, and a raft of recent polls indicates that it is not with Trump. The president finds himself with some of his lowest approval ratings since moving to the White House, facing an electorate that has swung sharply toward the belief that racism remains prevalent in America’s police departments  — a view Trump said he rejects.

“Our police have been letting us live in peace, and we want to make sure we don’t have any bad actors in there, and sometimes we’ll see some horrible things like we witnessed recently, but I say 99.9  — let’s go with 99% of them  — great, great people, and they’ve done jobs that are record-setting,” Trump said during a meeting Monday with police officials.