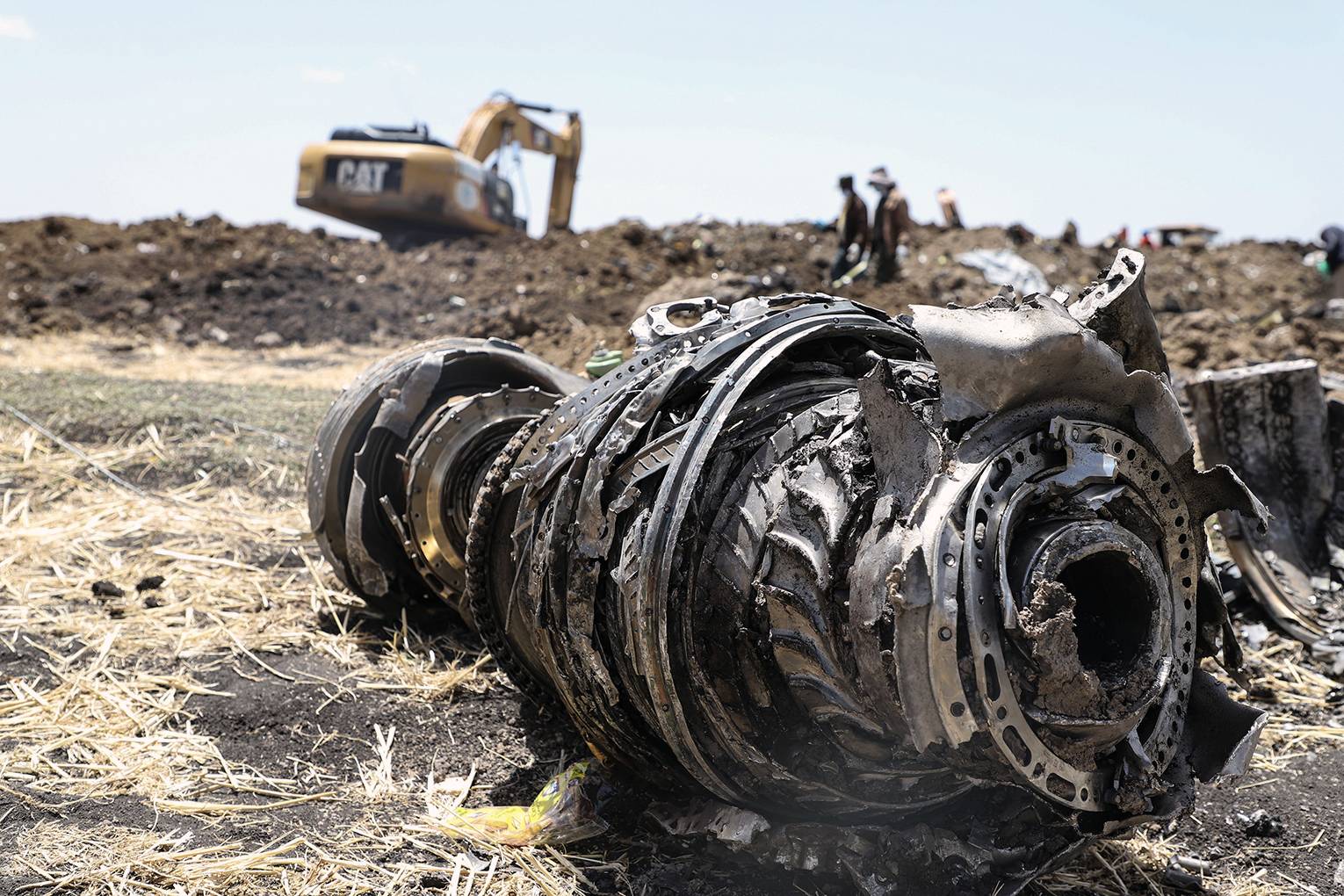 A photo shows debris of the crashed airplane of Ethiopia Airlines, near Bishoftu, a town about 40 miles southeast of Addis Ababa, Ethiopia, on Monday. GETTY IMAGES/MICHAEL TEWELDE AFP/TNS

WASHINGTON (AP) ? As country after country grounded Boeing?s 737 Max jets after a deadly crash Sunday in Ethiopia, U.S. air safety regulators remained resolute in their refusal to do so ? until Wednesday.

That?s when the Federal Aviation Administration issued an emergency order keeping the planes on the tarmac. The agency said what made the difference was new, enhanced satellite tracking data and physical evidence on the ground that linked the Ethiopian jet?s movements to those of an Indonesian Lion Air flight that plunged into the Java Sea in October and killed 189 people.