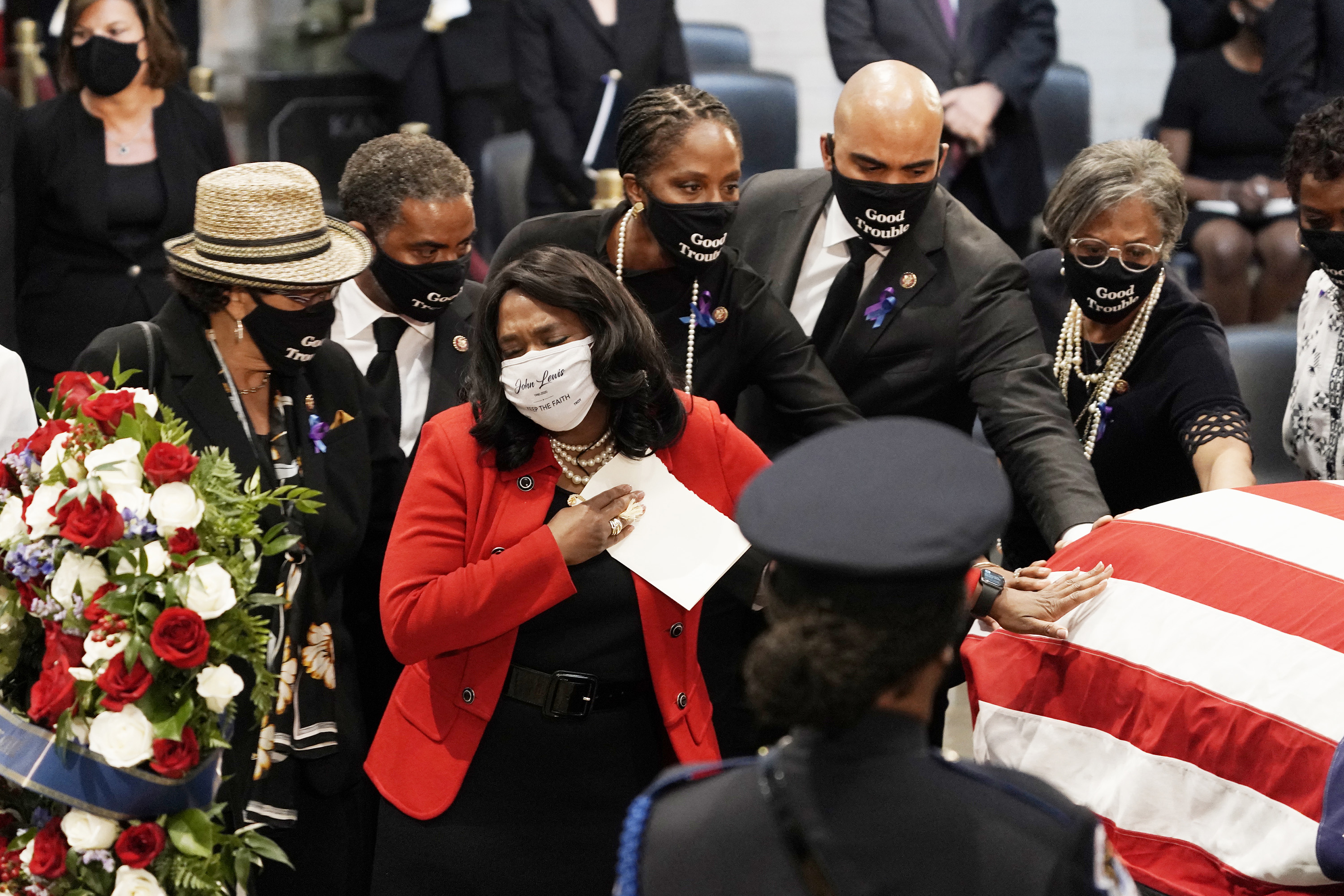 Congressional leaders pay respects to civil rights leader who died July 17 at the age of 80.

Rep. Terri Sewell (D-AL) and other members of the Congressional Black Caucus touch the casket of former Rep. John Lewis (D-GA) as they depart at the conclusion of a memorial ceremony in the Capitol Rotunda on July 27, 2020 in Washington, DC. Lewis, a civil rights icon and fierce advocate of voting rights for African Americans, will lie in state at the Capitol. Lewis died on July 17 at the age of 80. Photo by (J. Scott Applewhite/pool/Getty Images/TNS)

WASHINGTON (AP) — In a solemn display of bipartisan unity, congressional leaders praised Democratic Rep. John Lewis as a moral force for the nation on Monday in a Capitol Rotunda memorial service rich with symbolism and punctuated by the booming, recorded voice of the late civil rights icon.

House Speaker Nancy Pelosi called Lewis the “conscience of the Congress” who was “revered and beloved on both sides of the aisle, on both sides of the Capitol.” Senate Majority Leader Mitch McConnell praised the longtime Georgia congressman as a model of courage and a “peacemaker.”

“The arc of the moral universe is long, but it bends toward justice,” McConnell, a Republican, said, quoting the Rev. Martin Luther King Jr. “But that is never automatic. History only bent toward what’s right because people like John paid the price.”