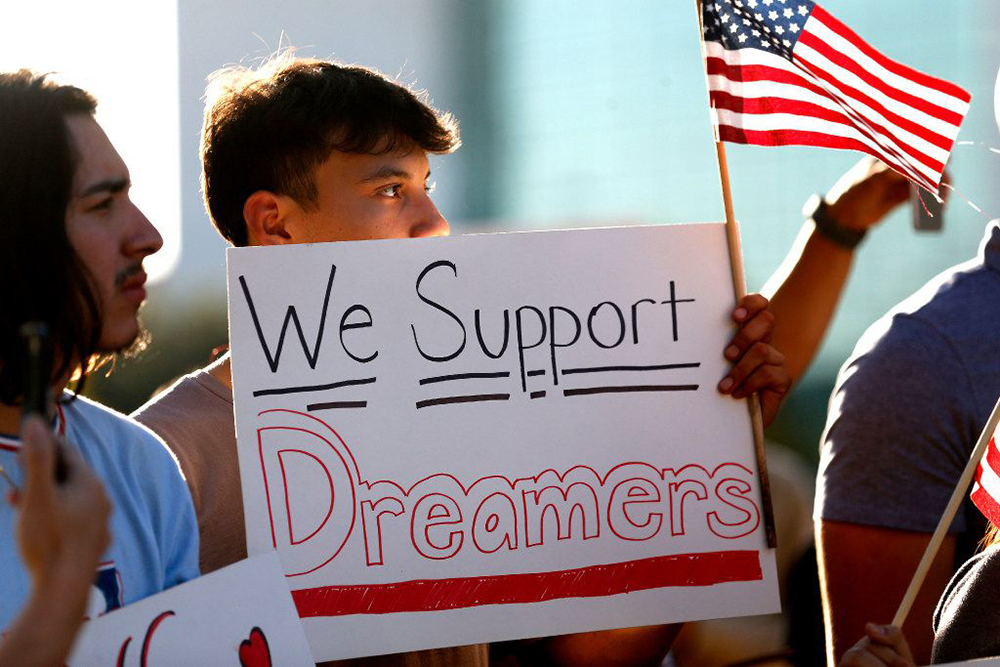 Called 'Dreamers,' these young people, brought to the United States by their parents, have known no other home. President Trump's goal was to send them back to their 'native' homelands.

By MARK SHERMAN - THE ASSOCIATED PRESS

Jordin Chavez stands in the crowd with a sign during a support rally for DACA recipients in Dallas in 2017.

WASHINGTON (AP) — The Supreme Court on Thursday rejected President Donald Trump’s effort to end legal protections for 650,000 young immigrants, a stunning rebuke to the president in the midst of his reelection campaign.

For now, those immigrants retain their protection from deportation and their authorization to work in the United States.

The outcome seems certain to elevate the issue in Trump’s campaign, given the anti-immigrant rhetoric of his first presidential run in 2016 and immigration restrictions his administration has imposed since then.

Opinion
Congress must ensure US is for Dreamers
National News
U.S. Supreme Court to decide fate of 666,000 temporary immigrants
State News
Governor, attorney general at odds in bid to save DACA
National News
Rhodes scholar and Dreamer fears he cant return to US